What He Did For Love

I am from the mountains. As much as I have tried not to be in the past, I am a country boy, and even though it is not in my constitution to hunt, I have never turned down a piece of fresh deer jerky. I don't like to work for the meat, but I do enjoy eating it. 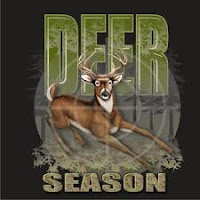 Here in Kentucky, November ushers in deer hunting season. Men and women wait all year for the chance to bag a buck or snag a doe. The local butchers call this their busy season because the easiest way to turn your deer into meat is to let a professional do it.

One look at my Facebook feed shows how popular hunting
is in my area. Pictures of newly slain deer being held up to the
camera by a smiling hunter are as common as pictures from an acquaintance's  baby's birthday party or a Share This If You Love Jesus poster.


I did not know, however, that deer hunting in Kentucky was this popular:

"Excuse me," you may be saying now, "Does that read a man agreed to sex in exchange for a hunting trip?"

My answer is, "Yes, my friends, it does." If you didn't, click above to read the sordid story.

But not just plain-old-regular-sex-for-hunting sex. This guy was so desperate to go hunting he apparently agreed to bring along a wig, fake breasts, and a bottle of baby oil in order to have the chance to shoot a buck.


To make matters worse--yes it can get worse--this sex ring was busted when the two men were stopped by police for a traffic violation. Not only was the poor guy arrested for prostitution, but also for not wearing his seat belt. Really, though, when you think about it, if you are willing to don a wig and fake breasts and perform sexual acts in order to go hunting, you probably throw caution to the wind a lot and seat belt safety is not a priority.

So here in Kentucky, deer hunting season is in full swing, and the need to hunt is real. The need is stronger for some than others, and sometimes it can cloud a hunter's judgement.

It even can bring new meaning to the phrase, "I wrangled a big buck with my smoke pole." 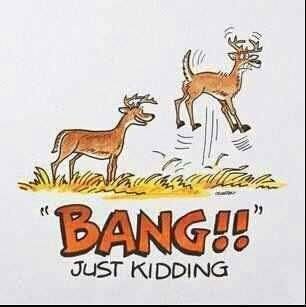