As the final minutes ticked away in the NCAA Men's Basketball National Championship game last
night, I resigned myself to the knowledge that my team, the Kentucky Wildcats, would finish the season #2. It was not something I necessarily was prepared for, although I knew our chances of winning were slim at best. Kentucky had been unranked when the regular season ended, and no one expected them to advance very far in the tournament. Just the fact that we had made it to the Final Four, let alone the final game, was a major victory in itself. Nevertheless, as each round of the tournament progressed, Kentucky was still standing--alive to play another game.

As the weeks lapsed, March Madness morphed into April Absurdity, and my confidence and anxiety levels soared along with my blood pressure, and strangely enough, my newly-developed superstitions. With Monday night's game, came the understanding that my fresh game-day-good-luck-charms were no longer "lucky," after all we were LOSING. The one thought that entered my head was, "Thank God, I can now wash this nasty outfit."

I have never been very superstitious. Sure, I will "x" my windshield if a black cat crosses the road in front of my car, and I don't ever open umbrellas indoors, but I will step on cracks all day
long with no fear at all of breaking my little mama's back to bits. Break a mirror? No problem. Pick up a found penny only if it is lying head's up? Whatever, a penny is a penny, and one more than I had before spotting that one.

I will admit to one long-standing, personal superstition that haunted me for years. When I was 12-years old, I convinced myself for some reason that when the Christmas carol "White Christmas"
came on the radio or anywhere within my listening range, I could NOT sing the lyrics. By not singing about a white Christmas, I would ensure an actual snowstorm bringing accumulating whiteness on Christmas Day--or Eve, either was acceptable--to my hometown. If I slipped up and actually sang the words, "I'm dreaming of a white Christmas," at any point before Christmas Day, it totally would screw up everyone in southeastern Kentucky's chance at a picturesque, snow-filled, Currier-And-Ives-ish holiday.

Now southeastern Kentucky is not best place to live if you want a white Christmas. We get snow, we do, but usually later in winter, like January or February. But there I was, neglecting a yuletide favorite for the sake of a Christmas miracle. Most years we had no snow on the 25th of December. Those days I would secretly apologize to the town and vow to do better the next year. On the years it actually snowed (I think there were 2), I strutted around like I was Old St. Nick himself. It was only after I moved to Florida in my late 20's and there was no hope at all for a snowstorm that I was able to break this embarrassingly futile superstition.

I had been able to live a moderately successful existence without any further stupid superstitions until this group of Kentucky Wildcats forced hope, determination, and the chance of having dreams come true upon me this March. I suppose the basketball team having such mediocre success from November-February had deadened any real hope I had for a deep run in the 68-team March tournament, but sure enough, as soon as those boys in blue hit the court for their first post-season game, I could sense something had changed. They were a different team. They were focused, cooperative, positive, and by golly, I was going to help them.

For some reason, I decided the best way to help was to wear the exact same outfit every time they played in the NCAA tournament. Unfortunately, I decided this after the first game, which meant I was stuck wearing what I had on that day--a flea-market purchased non-official Kentucky shirt that said "Kentucky -- School of Basketball."  I know, right? I mean, what does that even mean? My pants were some over-sized khakis that wrinkled the moment they were touched. It was not a flattering look.

In order for the mojo to really flow for the Wildcats, I further decided the outfit could not be washed. It had remain untouched until we won the Championship. This is fine for a three-day tournament, but the NCAA tourney lasts for nearly a month. Even the most delicate person usually needs to wash his clothing after that many wears. Not me. I couldn't do it. To wash that outfit would mean sure death to my beloved Wildcats! Needless to say, Andy began hanging the outfit outside to "air out" during the off days in the later rounds of the tournament. 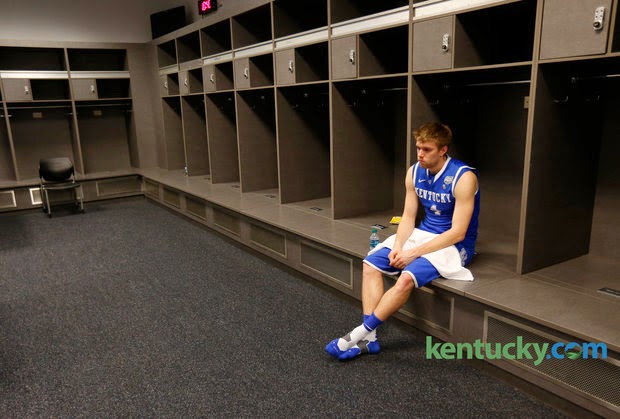 Kentucky in the National Finals. We lost. It was over, and even though I was deeply hurt and emotionally devastated to come so close to the glory of another national title, I was a little bit relieved. My superstition could now be put to rest beside Irving Berlin's White Christmas.

Imagine if we had won and I credited my outfit for the victory. There is a very real chance I would have not washed those clothes for another season and continued to wear them for every UK game next year. What would have happened if I actually stuck to one of my diets and lost a bunch of weight? I would be forced to wear really dirty and way too big clothes in front of friends and family, if friends and family would still be seen at games with me. The potential for personal disaster was high and flammable.

I have decided it was best we lost. Runner-up is not that bad. If for any reason UCONN can't continue on as the National Champions for the year, Kentucky can step in and take over. In clean clothes. Dreaming of a white Christmas. 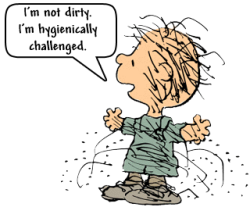 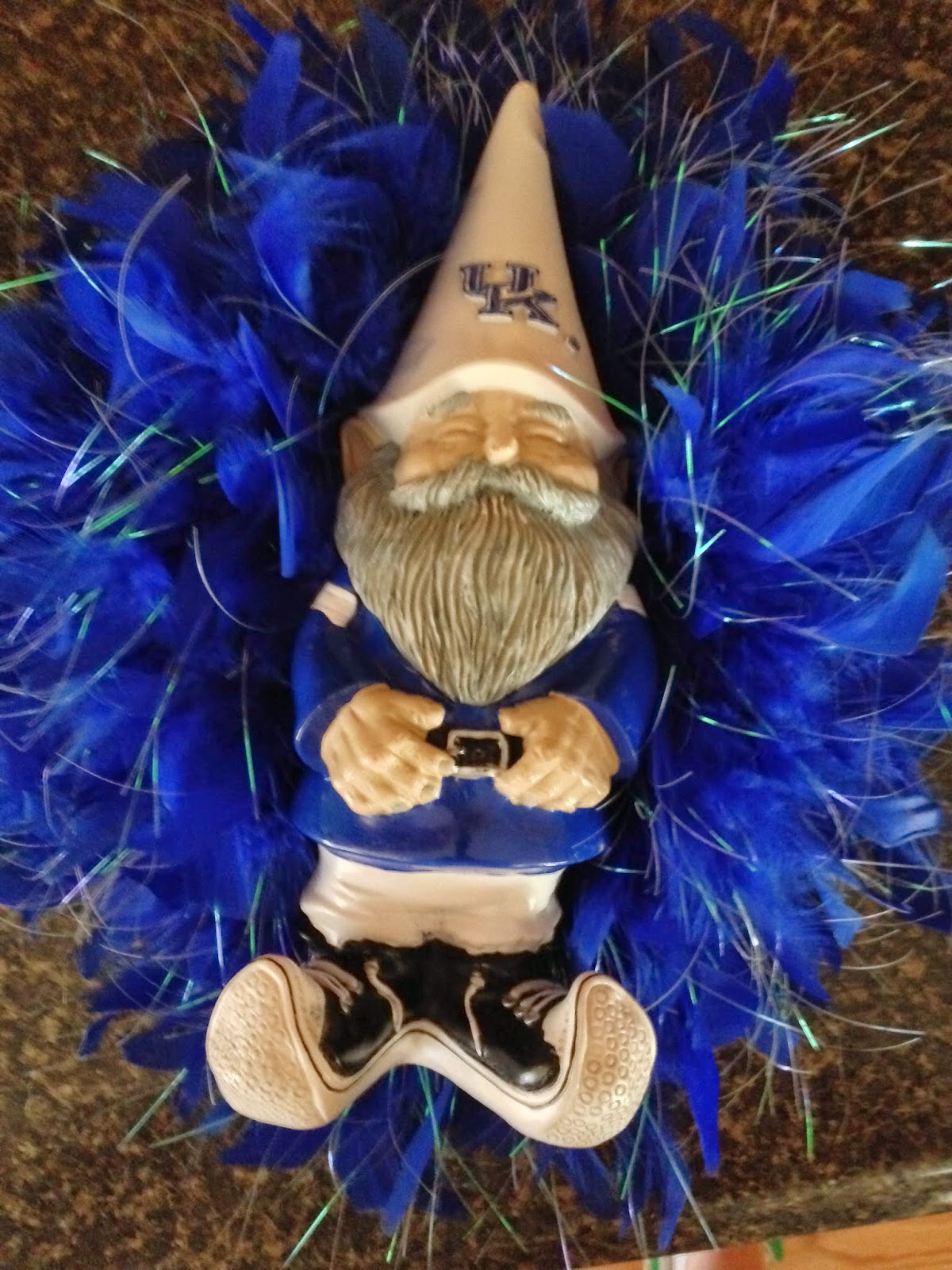 P.S. I may have one other superstition that is totally works. My gnome Tuck. To read about some of his adventures during the 2012 NCAA Tournament, click the links below.