Other Easter Traditions or Happy Smingus-Dyngus! 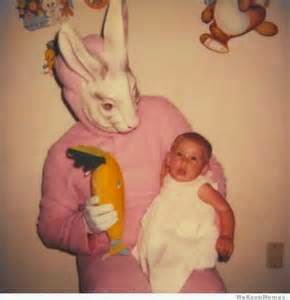 The Easter Bunny creeps me out. I've just never been able to get behind the idea of a ginormous bunny rabbit creeping into my bedroom while I am sleeping. I can't explain my aversion to the EB, but it runs deep. It could be because he looks crazier than hell in most pictures: 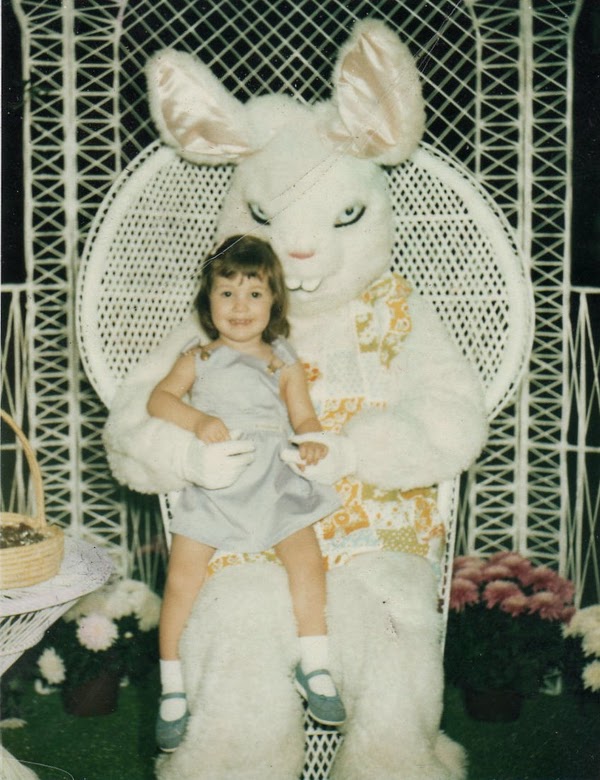 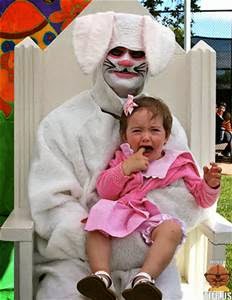 And to be clear, I like rabbits. In fact, if I woke up and saw Bugs Bunny in my room, I would be

thrilled! I'D say, "What's up doc? You must have taken a wrong turn at Albuquerque," and we'd have a big laugh.

While thinking about the Easter Bunny this week, I wondered if this was the strangest Easter custom in any culture. I mean, does it get weirder than a giant hare sneaking into your house at night and leaving you a basket of eggs?

In some parts of Eastern Europe, Easter week is the time get out your pomlázka, a braided whip, and smack your wife or girlfriend with it. Legend has that anyone hit with the pomlázka will be happy and healthy in the upcoming year--similar to the Western tradition of birthday smacks, except with a braided whip. And only given to women. And not on birthdays. Never mind.

If You Can't Whip Yer Woman, Douse Her With Water 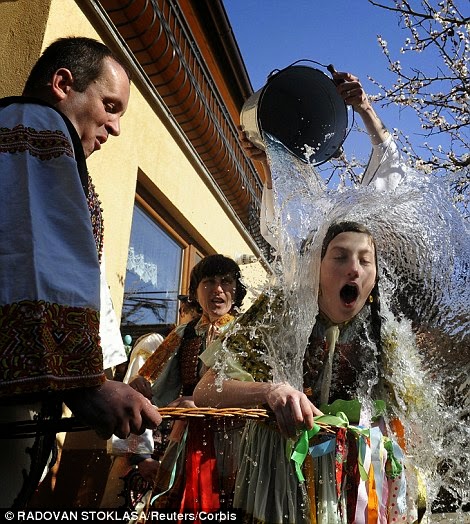 The Polish and Hungarians have an Easter tradition called Smingus-Dyngus--say that out loud and
you will agree that it is the most fun word combo EVER--which involves soaking a woman with buckets of water. Legend says if the girl is soaked, then she will be married in the upcoming year. What I am saying here is that you basically just find a bucket of water and dump right on a woman. I would suggest yelling, "SMINGUS-DYNGUS!" as you release the water, just for the proper effect.

I have to say, I really want to incorporate Smingus-Dyngus into my Easter celebrations. Not only for the spectacle of it, but also to be able to yell, "Smingus-Dyngus!" 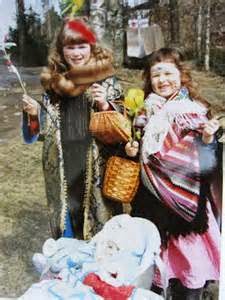 In Finland, the week before Easter is the time children dress up a la Halloween to help ward off the Easter Witch. Similar to trick-or-treating, these little witches carry twigs decorated with feathers and paper, and come to your house offering to rid your home of evil spirits in return for treats.

Instead of, "Trick or Treat," the traditional greeting is, "Virvon, varvon, tuoreeks terveeks, tulevaks vuodeks; vitsa sulle, palkka mulle!" which means, "I wave a twig for a fresh and healthy year ahead; a twig for you, a treat for me!" It isn't as catchy as "Trick or Treat," and most Americans are too lazy to say something that long in return for a Jolly Rancher, but with some tweaks, we could be on to something here, people. Free candy about six months after Halloween? Perfect!


So while we Americans are stuck with a creepy, human-sized rabbit, you can see the traditions could be worse, especially if you are an Eastern European woman. At least our kids get candy and chocolate without being beaten or soaked. Although, I would like to try this Australian treat. It is a chocolate Bilby, but to me it just looks like a chocolate pregnant rabbit: 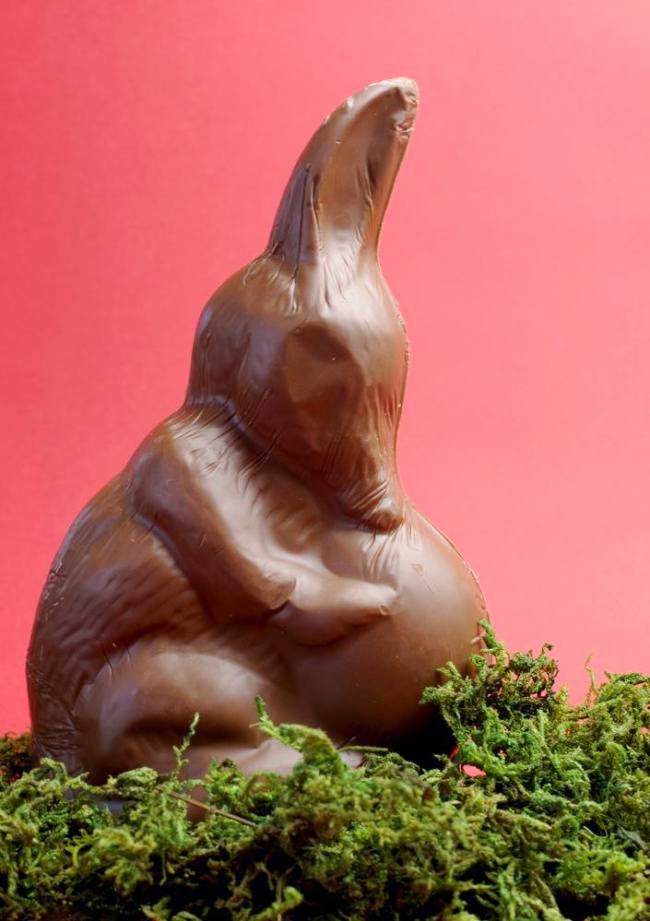 Whatever your Easter traditions, I hope you and yours have a wonderful day and remember the true reason for the day. 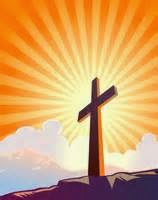 The Easter Witch
In Finland and parts of Sweden, children bring the Easter Witch to life, dressing up in old clothes, rags and shawls and carrying broomsticks or even copper kettles.  They then head door-to-door, in true Halloween fashion, begging for treats.  The merry bands of sorcerers take to the streets on either the Thursday or Saturday prior to Easter.  In the days leading up to Easter, bonfires and fireworks are lit across the land to ward off the witches believed to be flying around between Good Thursday and Easter Sunday.


Read more at http://www.hellokids.com/c_20432/reading-online/stories-for-children/easter-stories/wacky-easter-traditions?pos=0#IGXpx2howVek2GxH.99
Posted by Keith S. at 11:00:00 AM