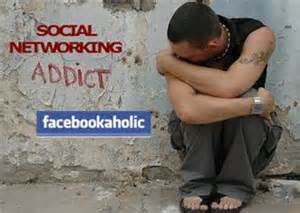 So here's the thing. I love Facebook. I think it is a wonderful way to keep in touch with my friends who live far away as well as those who live in the same city. Sure, the political seasons can get rough and ugly. Yes, some controversial social issues are never going to go away. True, there are the
incessant requests from people encouraging you to play stupid games (By the way, my definition of a stupid game is any one that I do not currently play. If I play the game, then it is a highly intellectual game and worthy of seeing an invite to play on my feed.).

But by and large, Facebook allows me to see pictures of my friends and their children,  nice vacations people have taken, good food that's been eaten, and other things I would never get to share with the people I love. It also keeps me up to date on most current news items, television shows, movies, music, and pop culture.

All that being said, here is the thing I hate about Facebook: posters that tell you to share said poster if you (a) want to live, (b) don't want to kill your mother, or (c) hate North Korea. I have saved some of my the most ridiculous ones I have seen this past week, and I want to share my top five with you now.

Also note the large, white area of "paper" he is holding. It is conveniently large enough for say, ANYONE, to write, oh I don't know, ANYTHING on it via ANY computer picture editing program. I have seen this shared on my feed for months now, and I always question the mental stability of the person who shared it. The sharer always writes something like "Just in case!" or "Can't hurt to try!" when posting it. Yes, it can hurt to try. It makes you stupid. Stop it. 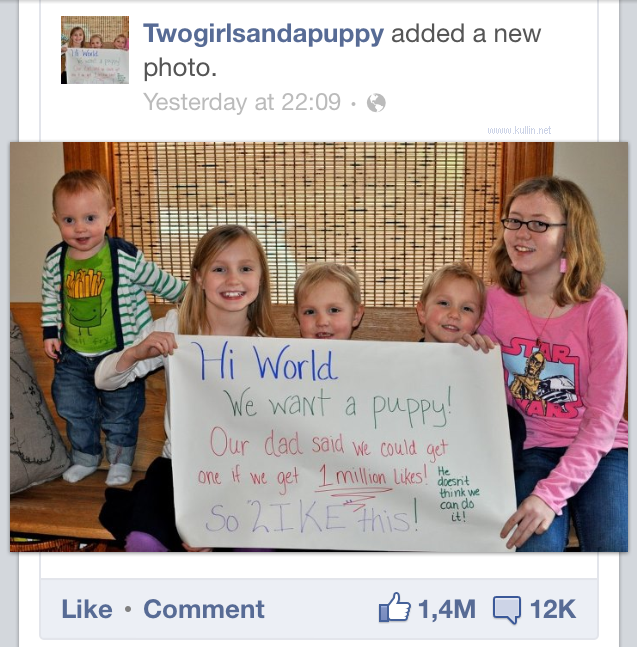 As a child, when I wanted a puppy, kitten, duck or hamster, I knew the two people who held my fate were my mom and dad. There were no others involved in the decision. Had I gathered a petition of names who agreed with me that I should be allowed to have a pet and presented it to my parents, they would have thrown it in the garbage can while telling me this is what they thought of those signatures. Then my father would have pulled the papers back out of the garbage can, wiped off the coffee grounds and banana peels, and had me go back to each person who signed them and ask them for money for pet food and a block of three hours per week they were willing to watch the new bundle of fur.

These Facebook picture requests range from getting a pet, to convincing a partner to have sexual relations, to getting married. I hate them all and if you post one on my wall, I will wish that you never get a puppy, always remain a virgin, and never find love. That's just how I roll, man. 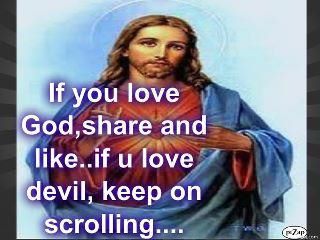 Okay. Wow. Seriously? I mean this is some serious business right here. I am on Facebook via my iPhone while sitting in the doctor's office waiting for my name to be called. I just want to see what's up and BAM! Someone hits you with this demand. Really? As if God and the Devil have a running Facebook contest going to see who will win the battle of good vs. evil. What will happen to me now because the nurse comes out as soon as I read this and calls me back to the office? I don't have time to like or share. It appears that I have scrolled on by, thus declaring my love for the Devil himself.

Along the same vein, there are tons of signs that give the actual percentage of people who "care at all" or "have one shred of decency" or "don't live like wild animals" and will like and repost a sign. I like this one because the person also throws in that God has already seen you read this. You are trapped now. There is no backing out. You have been seen by the Big Guy. Boom.

I always want to ask where this percentage came from. Who exactly did the study and where can the specifics of the survey be found, but I know that would be too much. By asking, you automatically make yourself part of the 97% of heathens who barbarically keep on scrolling. Idiot. 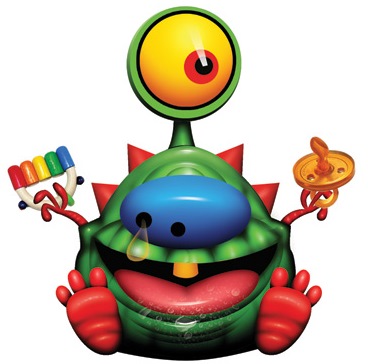 This last one is my least favorite. It is the picture of a wildly deformed newborn baby. The picture looks like a real picture that someone has just snapped in the hospital nursery, until you read the caption: IF WE CAN GET 5 GAZILLION LIKES, THE MT. SINAI HOSPITAL WILL PERFORM SURGERY TO GIVE THIS BABY ANOTHER EYE. IF WE CAN'T, THEN THE PARENTS WILL HAVE TO CHOP OFF THE ONE EXISTING EYE AND TRY TO MAKE IT WITH A BLIND, GREEN CHILD. THE CHOICE IS YOURS.

You don't even have to ask me what my choice is in this situation.

So there you have my 5 Facebook hates. Do you have any that I forgot to mention or didn't make my list? Tell me about them.