You Don't Always Get What You Want 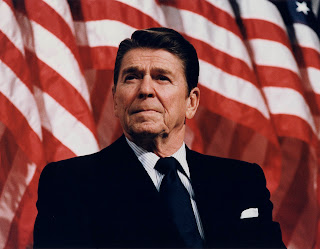 I woke up the morning after Ronald Reagan won the 1980 Presidential election with an excitement usually reserved for Christmas morning or my own birthday. I'd concluded by listening to my parents talk at dinner and watching the evening news that the price of everything we bought had been extremely too high for way too long. In the world of a ten-year old boy in the mountains of southeastern Kentucky, that meant your weekly allowance (minus what you had used for school lunch and snacks) didn't buy you much at the Magic Mart on your Saturday trip to Hazard. The proof of this inflation, though, hit home in September of 1980 when the laundromat located on Main Street in Hyden raised the price of their Coca-Cola vending machine from a quarter to thirty-cents. I was outraged. A quarter was one thing, but now having to scrape up a nickel as well for a can of pop? It was too much for me. Something had to be done, and from what I could gather, Ronald Reagan was going to fix it. According to my parents, and apparently most of the nation, he was going to usher in good times and lower prices for us all. 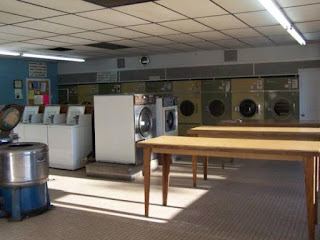 So, on Wednesday, November 5, 1980, as soon as school was over for the day I headed to the laundromat to see democracy and free trade in action. I was stunned to find the Coca-Cola machine still operating with a thirty-cent charge. Had no one told the manager of this place about the election? Maybe Coca-Cola had been for the other guy and was now refusing to lower the price of their product. Pepsi had not increased its price, yet. I contemplated my life as a Pepsi drinker, and to be honest, it was bleak. I watched other people causally walk over to the Coke machine, feed it both a quarter AND a nickel, and walk away with a beverage as if Ronald Reagan had not just won and promised us all lower Coke prices immediately.

I turned and left the obviously Communist-led laundromat in a huff. I stomped to my mother's office and told her the news. I wanted her to share in my outrage and disgust. I wanted her to call the newspaper and demand a story be written. I wanted her to get Ronald Reagan down here immediately if not sooner.

She tried to explain to me that just because a particular candidate says something while he is campaigning for office, does not mean that it always comes true. There are often obstacles to overcome and new laws to be written. Lots of people have to learn to work together again and this takes time. Though Reagan had promised to help the economy, he had only won the election last night. He wasn't even President yet, and wouldn't be for a couple more months. Even then, there was no guarantee that the price of pop would ever dip below thirty-cents again, and at thirty-cents it was still a pretty good bargain.

I came away from that little civics lesson from mom with the following: Reagan hadn't taken office yet. This would be fixed in a couple of months.

The price of Coca-cola never returned to a quarter. The letter I wrote to President Reagan fell on deaf ears. The grassroots campaign, "Citizens For Lower Pop Prices," never took off. It was my first experience in being disappointed by a politician. It would not, by a long shot, be the last but I didn't know that then. I decided to make the best of the situation. I certainly wasn't going to become a Pepsi drinker. I loved Coca-Cola and would stick with it no matter what. It was my drink.

Sometimes you don't always get what you want, but you learn to live with it and make the most of it.

My relationship with both Coca-Cola and President Reagan smoothed out over the years. I learned to live with them both in my life, and things were not nearly as bad as I had first imagined they would be. The Earth did not stop turning, and I adjusted to the new reality of living in a thirty-cent Coca-Cola world.

It wasn't until Reagan's second term that Coca-Cola decided to come out with New Coke and all Hell truly broke loose. But, I am not going there tonight. The wounds are still too deep.
Posted by Keith S. at 9:39:00 PM