'Twas the Night Before the Election

'Twas the night 'fore the election, when all the through the nation,
Not a creature was stirring, not even news stations.
The voting machines were lined up with care,
In hopes an electric generator would soon be there.

The candidates were nestled all snug in their beds,
While visions of victory speeches danced in their heads;
And Ann in her 'kerchief and Michelle in her cap,
Had just settled down for an early November nap,

When out in Ohio there arose such a clatter,
Carl Rove sprang from his bed to see what was the matter.
Away to Columbus he flew like a flash,
Stopping first in Cincinnati for some much needed cash. 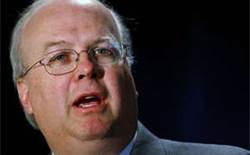 The moon on the crest of Ohio State U,
Gave enough luster to prove that something was askew,
When what to Rove's wondering eyes should appear,
But Dave Axelrod waving, holding a six-pack of beer.

Rove was older, more experienced, lively and quick,
He knew in a moment it must be some trick.
But Axelrod smiled and shook his head so,
And told Rove it was over, it was time to let go.

"Not Barack, not Mitt, not Biden or Ryan,
Not Warren or Brown, they've all stopped trying.
No more campaigning, no more at all!
The time has run out! We've hit the wall!" 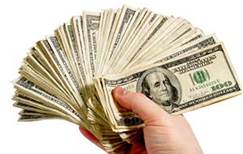 As Rove looked at Dave he thought, "What's with this guy?"
Does he expect me to stop? To completely not try?
I've got millions of dollars left to spend
I'm not going to stop and drink a beer with him. 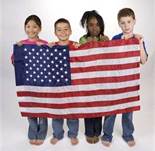 And then, in a twinkling, they both heard a noise,
Suddenly they were surrounded by several girls and boys.
The kids circled the two partisan men,
And one girl stepped forward to politely address them. 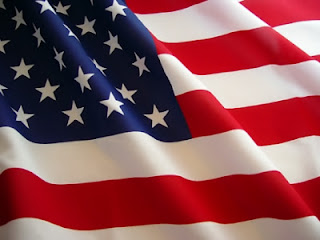 She was dressed in the flag, all red, white, and blues,
And her skin was multicolored, both light and dark hues.
The history of our country shined in her eyes,
She glared at the two as if she meant their demise.

"We are the future of leaders of this land.
We have endured your campaigns all we can stand!
You both play dirty, you both play crooked,
You neither tell the truth, and you both cook the books.

"You’re both owned by PACs that should be put on a shelf."
Axelrod laughed when she said this, in spite of himself.
"Children, go home and stop this ruse,
Come back when you’re rich and we'll listen to your views." 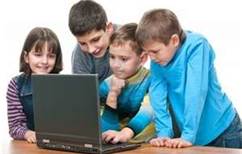 The kids spoke not a word, but went straight to their work,
Learning the issues; no response would be knee-jerk;
None of them leaning too far left or right,
They stayed in the middle, with common sense in sight.

This election is done and it was too ugly and hollow,
But it's not the same course future ones must follow.
We must meet in the middle, teach our children to trust,
America is still great, but it’s up to ALL of us.
Posted by Keith S. at 11:53:00 AM