From the file marked, "SHUT THE FRONT DOOR" 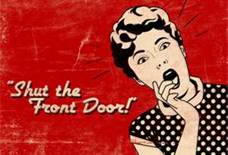 Last week, while flipping through the Lexington Herald Leader newspaper, I saw this headline:

I was of course intrigued. Who wouldn't be? A man's penis had apparently been removed by a doctor resulting in a court case in which the judge was skeptical. But skeptical of what? That the penis had, in fact, been removed? That the person who removed the penis was a true doctor? I dove into the article with the gusto of a fat man at all-u-can eat Chinese buffet. After reading the entire story, I was not only horrified, but also totally freaked out that my friends and family may not know my wishes in case something similar were to happen to me.
Here's what went APPARENTLY went down (I say apparently because this is case is still ongoing so who knows when the truth will appear, probably when Chris Hanson from NBC’s Dateline arrives on the scene):

In 2007, a Kentucky man went into surgery for a circumcision. After the man was put under and surgery began, the doctor noticed the tip of the patient’s penis “had the appearance of rotten cauliflower, indicating cancer.” I will stop here for a minute and let you catch your breath because if you are anything like me, you just became nauseated and this shit just got real.
Deep cleansing breath. 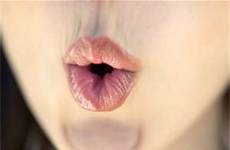 Okay, let’s continue. Because the man’s penis was rotten, the surgeons decided to cut it off, figuring they would have to do it anyway so why not now since the bloke was already knocked out and they had the operating room reserved for another twenty minutes.

When the patient later revived in the recovery room, the doctors were happy to tell him the news that he’d had cancer but they took care of it—by cutting off his penis. He was, understandably, upset. He thought he was having a simple circumcision, a little taken off the top so to speak, and someone had gotten all scissor happy and had given him a high-and-tight.
Thus began the process of lawsuits and name calling that resulted in a 2011 trial. The jury found in favor of the doctor in the case, siding with the argument that the surgeons were doing what was necessary to save a man’s life by preventing his cancer from spreading.
The case was appealed which brings us to last week’s headline. The appeals judge is troubled (rightly so) by the fact that the patient did not sign a consent form to have penis removed. She is quoted as saying, “The point is ... a patient has a right. The doctor does not have the right to do whatever he wants, even if it turns out to be reasonable."
Click here to read the first article of the trial in 2011
Click here to read the second article about the 2012 appeal
You are now caught up.
Oh boy, where to begin with this?

First off, my question for the patient is if the tip of your penis looks like rotten cauliflower, then why are you (a) not concerned about it and (b) having the skin that covers it removed? Seriously, surely you have seen pictures of other men’s bits or taken a shower in a locker room with other men in your life. Heck, I know you have a urinal in a busy restroom with other’s beside you. You would have to know that veggie tip ain’t right. Cauliflower, fresh or rotten, is not an accurate look for a penis head.

Second, to the doctor I ask did you not glance at the man’s penis BEFORE his scheduled circumcision? Did it never occur to you to ask why a grown man wanted one or why there appeared to be A HEAD OF ROTTEN CAULIFLOWER hanging out of his boxer shorts when he came in for his exam? Really?

Finally, and most importantly, let’s shift the focus back to me. I would like it to be known to all that if I am ever in a situation remotely similar, i.e. unconscious for any reason and someone wants to cut my penis off, I do not consent. I assure you if my tool begins to rot I will take matters in my own hands and tell my family doctor. Together we will decide if he should remove it. Under no other circumstances do I wish to have my member severed—not during an eye exam, hip replacement, broken bone setting, or a heart cath, nothing.
My penis is very dear to me and one of my favorite things. I have even been accused of thinking with it at times. I promise to take care of mine if you promise never to let anyone near it with anything sharp while I am sleeping. Deal?