I will remember 2011 for many things.  It was the year that a woman in China gave birth to a thirteen pound baby, the year Charlie Sheen went bat shit crazy, and the year The Bieb was accused of fathering a child.   More importantly, though, it was the first year in the past four that Andy and I were able to take an actual vacation together.  By vacation, I mean a full-on, find a sitter for the dogs, place an auto-reply message on the email, no holds barred week long trip out of town.  Throughout the past several years, we had planned and canceled several great trips.  There were fascinating and thrilling excursions to Key West, New York City, Provincetown, and Chicago, all fully researched and scheduled, but something always, always, forced us to change our plans at the last minute and eventually cancel the trip. But because our lives have taken such a dramatic turn in the past year, we decided that come hell or high water, we were taking a week off.  We scheduled the date, paid the deposit, informed everyone we were going, and then waited for the inevitable, soul-crushing emergency that would prevent us from actually leaving town together in the same vehicle.

Oh, how the fates tried!  Andy fell ill a week before the departure date.  Our car decided to entirely stop working days before it was needed to haul us to the beach.  Two of our employees in one business were dumb enough to be caught stealing in front of the security cameras a few days before we were to leave, and the most senior employee at our other business decided the morning of our departure was the best time to give her notice.  My response to all of the above was a coy smile, a nonchalant shrug of the shoulder, a knowing shake of the head, and an unrelenting raise of the middle finger.  As I said earlier, I was taking this trip come hell or high water.  Neither illness, cars, stupid people, or fate would stop me this time.

The advantage to our car having died days before the trip was that we were able to borrow my Dad's Cadillac Escalade for our road trip to Perdido Key, Florida.  That's right, my father drives an SUV mostly associated with rap stars and NFL quarterbacks.  His isn't tricked out or anything, though.  No spinners on the wheels, no specialty gold kit, none of those hanging testicles from the bumper, although he did purchase a pair which lead to what my Sister and I now call Parental War XXXII (Mom won, the location of the testicles are still unknown to this day).

The greatest feature of Dad's SUV was the cool touch-screen system control.  The car I drive barely has an AM/FM radio, so having this full color GPS system and XM radio at my command was a real treat.  It only took about one hundred miles, however, for me to get sick of the GPS lady, who we named Norma, telling me when and where to turn, and to "continue to proceed down the road," as if I would suddenly just stop the vehicle on the interstate.  It also took as many miles to realize that the song "Party Rock" by LMFAO was being played on every other XM radio station on constant loop.


The drive was relatively normal for my standards.  We stopped every hundred or so miles for a DQ Blizzard and a bathroom break, then climbed back into the massive SUV and jammed out to "Party Rock" as we bulldozed our way down south.  The trouble began when Andy decided to nap.  Suddenly, I felt alone.  I had no one to talk to or sing with or to hold the steering wheel for me while I opened a new Slim Jim.  In other words, I was bored.  To add insult to injury, Andy had taken my iPhone before he dozed off to ensure I would not check Facebook or text while I was driving unsupervised.  As I cruised the Caddy down the interstate, I began to play with the touch-screen display.  I knew there must be some station on XM that did not have "Party Rock" in its mix, and I was going to find it.

How the display screen turned to Spanish I guess we will never know.  For the life of me, I do not remember seeing or touching any button that said "Change to Spanish," but there was the proof right in front of me.  The screen was just a big glop of gibbledeegoop.  Having taken three semesters of Spanish in college (Spanish I had to take twice), you would think I could have made out a word or two, but no.  I was bumfuzzled.

Traffic had picked up so I needed to concentrate more on my driving and less on the display, so I straightened up and tried to focus.  All I could think about, though, was what I was going to have to listen to when Andy woke up from his nap and saw the display which was now El Displayo.  Because I had purchased one of those really long Slim Jim's at the last stop, it was at least two feet long, I came up with the ingenious plan to use it to randomly poke El Displayo.  For the next fifty miles, I poked and prodded with my mechanically-separated beef stick, and swerved the SUV through Alabama.

The good news is that it worked! Suddenly, El Displayo was back to being The Display!  Relief washed over me like a warm breeze.  I sat back and nodded my head to the beat of "Party Rock," which was playing on the radio, and continued trucking on down the road.

The bad news is that my Slim Jim, unbeknownst to me, had told GPS Norma to reverse our course and take us home.  As we came to a junction of intertwining interstates tangled like spaghetti, Norma started instructing me which road I needed to take and when to do it.  I was not about to second guess Norma in this situation, although I thought that heading North sounded odd.  Having never been in this area of Alabama before, I assumed that we would get on this road for a bit then turn off on to another.  Norma would let me know when it was time.

Andy finally woke up about ten minutes later.  He asked if he had missed anything exciting, and I said, "Oh no.  Not a thing."  Then we passed a travel sign that tipped Andy off we were on a different interstate than before he had napped.

"Why are we on a different road and WHY ARE WE GOING NORTH?!"

"Because Norma said to do it."

"Take the take exit.  If there is no exit in five miles, pull to the side of the road."

I took the next exit, and pulled into a convenience store that promised both the best "Kountry Kookin in Bama" and boiled peanuts and spilled my guts.  I told Andy about getting bored,  of being tired listening to "Party Rock" incessantly, El Incidento de Spanish, and finally the Slim Jim poking mistake.  He remained silent and stared forward as I told him everything.  I thought I saw a smile start to form on his face, but I was mistaken.  He finally told me to get out of the car and go shop inside for a while.  When I asked for how long, he said he would flash the headlights when it was safe and the display was fixed.

I hopped out of the car, and browsed the aisles of the store.  I had just purchased an "Alabama: We Heart Mullets" key chain for Andy as a peace offering when I saw the Caddy's headlights flash. I climbed into the passenger side of the vehicle, which would remain my side for the remainder of the trip, and smiled.  Andy did not acknowledge me at all.  He just put the SUV in gear and headed out of the parking lot.  I noticed Norma had been reprogrammed, and was now again directing us, in English, southward. 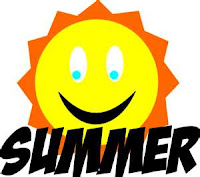 After about ten minutes, Andy finally cracked and glanced over at me.  He turned down "Party Rock" on the radio and said, "Spanish?  Really, Keith?"

I responded with a simple, "Si," and on we rolled to Florida.