Thanks to the power of Twitter and Facebook, I discovered the work of a wonderful author named Devin O'Branagan.  Her stories of paranormal thrillers were what caught my initial attention, but I fell in love with her Molly O'Malley book series.  Molly is a hardworking, sassy real estate agent whose adventures remind me of Janet Evanovich's Stephanie Plum, had Stephanie gone into real estate instead of bounty hunting.  Already a big fan of O'Branagan, I was excited to learn she had released a new book last month.  However, I was not prepared for what was waiting for me in the pages between the cover of the new release.  THRESHOLD, by Devin O'Branagan is in one word, Fabulous.

Devin ventures outside of her normal paranormal chick-lit and comedic writing to spin a tale that is spiritual, moving, and very inspirational to all, regardless of faith or religion.


The story centers around twelve-year old Cole Dillon, a member of the affluent ranching Dillon family, who lives in the vast, rural farmlands of Montana.  Just before his birthday, Cole has a horrible accident and nearly drowns in the icy Deer Lake.  He is saved by Elijah Thunderbird, the ranch overseer and native American shaman. 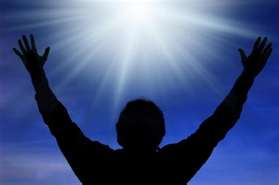 During Cole's time trapped under the cold lake water, he has a vivid near-death experience.  The experience is very real, and according to the Natural Order, Cole should have actually passed on at this time.  Because of Ejijah's tribal shamanic knowledge, Cole is revived and returns to our world with the understanding that he is to complete a very important task, one that will save many lives. The problem is after recovering from his trauma, Cole is unable to remember exactly what task he was given.


Dark Spirits have also followed Cole back to his small Montana town and home, and they manifest themselves in various forms of hate, violence, and ignorance, wreaking havoc on friends and family.

Elijah, as well as other people with special gifts, try to help Cole remember his task, and guide him on his path to completing what he must do.

O'Branagan combines several religious and mystical beliefs together in THRESHOLD, and instead of pitting them against each other, weaves them into a strong, solid system that allows them to work together, taking the best from each and using it to battle against evil.  The result is a beautiful arrangement that I think we could all benefit from in our real lives.  Instead of automatically assuming a belief system is wrong or untrue simply because it is different from your own is erroneous.  If we could have open minds and look deeply into different religions and belief systems, we would see that almost all are based on love, truth, and doing the right thing.  O'Branagan shows us what the results of that could be in this wonderfully inspirational book, THRESHOLD.

I would recommend this read to anyone.  It may leave you with more questions than answers, especially regarding near-death experiences, what happens to us after we die, and the differences in many of the Native American religious beliefs, Judaism, Christianity, and even Wiccan beliefs. But those can lead to fun and fruitful discussions and research.

I think one of the marks of a good book is that you continue to think about it after reading.  You will definitely be doing that after reading THRESHOLD.  Please read, and let's have a discussion about it!

Here are some links to purchase the book: 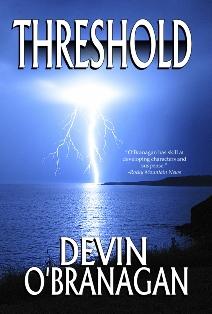