The Mysteries of Baseball 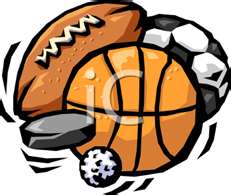 I like to think of myself as an athletic guy.  I also like to think of myself as movie star handsome, insanely rich, and overwhelmingly charming, but that doesn't make it true.  However, of the aforementioned attributes, I would come closest to being athletic, meaning I can hold my own in most sports.  Although I never made the big leagues, or even the senior leagues, I played a few seasons of little league baseball (go Panthers!) and, somehow, managed one season of men's league softball.  I am a Kentuckian which automatically makes me halfway decent at basketball.  I can watch football with the best of them, but my sport of choice is tennis.  At one point in my life, I could have kicked your ass in tennis, although I probably wouldn't have because I always lacked that killer instinct needed for a solo sport. 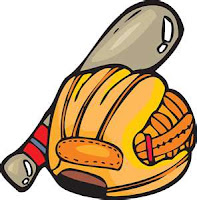 I do, however, have some sport confessions to make this week.  These items have plagued me for years and now I feel the time is right to release them into the universe.  Perhaps, then, I can be free of the shame, embarrassment, and guilt that each has brought to me.  I will arrange these confessions by sport, and tonight I begin with baseball.

Cincinnati is only three hours from Hyden, and an hour from Lexington, so it is the closest city that has Major League baseball.  From that fact alone, I grew up a Reds fan. However, I am fairly certain I would have chosen the Reds had I not lived close to them.  My decision on what team to pledge an allegiance to largely consisted of answers to the following: (a) Do I look good in the team color? (b) Do they have cool players? (c) Do they win? (d) Do they have a cool mascot?  The answers to those questions must be put in the context of the 1970's as that is when, as a boy, I chose my home team.  Answers:  (a) With my skin tone and black hair, red looks stunning on me; (b) Cool players? The Reds of the mid 70's were the greatest ever: Johnny Bench, Pete Rose, Ken Griffey, Dave Concepcion.  Let's just say that most packs of bubblegum cards were full of Cincinnati Red's players; (c) In the 70's Cincy was known as the Big Red Machine and won back to back World Series, so yeah, they won, a lot; (d) OK, I have no answer here. The mascot is not a good one.  There is nothing catchy about being the Red Stockings, but three out of four ain't bad.

Last week, I took my nephew and niece to see the Cincinnati Reds play the New York Mets.  It was a great evening at The Great American Ballpark.  Hot? Yes.  Bad seats?  Yes.  But, there is just something about being at a Major League baseball game that is exciting!  Hot dogs, popcorn, cold beer, fireworks after home runs are hit all add up to one of the truly great American experiences.  The ultimate problem was that the Reds lost the game, which leads me to my first baseball confession.

I have never seen the home team win a game.  Ever.  I have been to at least 10 Cincinnati Reds games, and they have gotten beat in all of them.  This home team curse doesn't just involve the Reds.  Oh no, my friends, it is much deeper.  I have seen games in Tampa, Philadelphia, and Atlanta. Tampa lost. Philly lost. Atlanta lost.  To add salt in the wound, the games have not been even close ones.  The home town has been pounded into the ground by the visitors.  Strangely, in the 10 games I have seen, 5 times the visitors have been the San Diego Padres who routinely have one of the worst records in all of baseball.  If anyone out there reading this is a Padres fan, you are welcome. 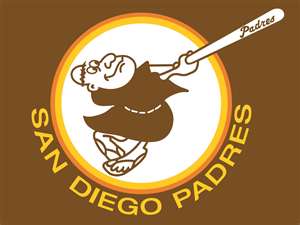 My second baseball confession is that I have absolutely no clue which side of the field is Left Field and which side of the field is Right Field.  Center Field I have down, no problems there.  But when someone tells me that he plays Right Field, I have no idea which side that means.  Does it mean the right side of the field as if the batter sees it or the right side of the field as the outfielder sees it?  It is very confusing.  I am sure this has been explained to me before, but it is out of my reach for comprehension.  During my illustrious career playing this sport, I only played second base.  I knew what to do and where to go.  I was an infielder.  There was way too much running involved in being in the outfield.  I can also remember various coaches, even during my adult days while playing men's league, telling me just before I walked up to the plate to hit the ball into left field.  I would always nod and look at him with a conspiring look that said, "Yes, I will hit it to left field and our plan will be a success."  I would then go to the plate and wildly swing at any ball that came remotely close to me, not aiming for any direction at all and just hoping that I would actually get a hit and not strike out.

My final baseball confession is that I have a fear of being hit with the baseball while watching a game.  Why people run, push, shove, and fight to catch a foul ball is beyond me.  My only thought is "Dear God, don't let that ball come this way."   I suppose I know my luck well enough to know that if a foul ball did come near me, it would somehow hit me in the head rendering me unconscious instead of falling into my open hand.  Furthermore, what is up with people just reaching out and catching these balls flying into the stands with their bare hands?  You know that hurts.  You can't just catch a ball flying at the speed of light with your bare hand and it NOT hurt.  But the lucky person who catches the ball is always smiling and holding the ball up in exaltation, UNTIL the camera leaves him.  Then, I just bet he shakes that hand and says a few choice words in pain.

I have now cleansed myself of baseball demons.  There are no more uglies in the baseball closet.  To recap, my apologies to the Reds and to any coach who asked me to hit a ball into a certain field or to run into left/right field, and if you see a fly ball coming near me, please push me out of the danger zone. 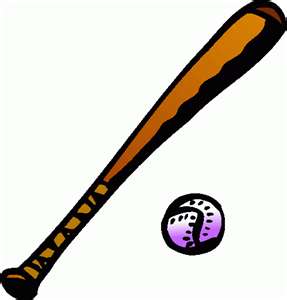