As the tour bus finally started rolling through the streets of Hyden, I fought the urge to feign illness and ask to be let off the bus.  There were plenty of responsible adults (RA's) on board, my niece and nephew would be fine with one of them looking out for them.  In fact, after the Diet Coke Incident, they probably would have preferred it.  I did look to see if there was an old-fashioned emergency stop pull cord installed on the motor coach, but modern technology had long since done away with such handy items.  I was, without a doubt, headed for the Big Apple.

The other RA's were very accommodating to me and my spillage situation.  Most smiled and nodded, but after the tongue lashing I had received from Nancy, the tour director, no one really wanted to make eye contact.  It was obvious that I was on Nancy's watch list, and for most of the RA's, it was just too early in the trip to be known as my friend and run the risk of being placed on that list as well.  The one RA who could not avoid me, however, was my seat mate.  I know in her mind she was thinking that had she been just five minutes faster getting on the bus she would be sitting with her friend Ethyl or one of her grandchildren or, really, anyone else on the bus.  But here she was hemmed in against the window with the man who had already broken the rules and cursed on the Christian Tour bus, and here she would stay for the next 15 hours.  Bless her heart.

I made small talk and overcompensated for my nervousness by rambling to her for a solid half hour.  My seat mate and I were very different from each other.  She was genuinely bubbly, happy, and alert; I was genuinely crabby and inherently lazy.  She was a mother of two, and grandmother of two; I owned two dogs.  She was devout in her faith and regularly attended her church; I went to church on the High Holy days, and Sundays I knew a dinner was being served after the service.  I would not be deterred, though, in my quest to win her over.  In fact, I decided that I would win over all the RA's sitting around me.  Sure I started off on the wrong foot, but surely I could salvage this.  Of course, being from such a small town, we all knew of each other, but I am sure had you asked any of the RA's if they ever thought they would be locked on a bus with Keith Stewart for 15 hours, they would have laughed in your face. 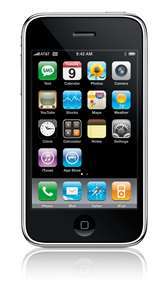 I had decided to make it my personal mission to find common ground with the group of RA's in the front section of the bus.  I placed my headphones on and grabbed my iPhone. I noticed that I had six texts from my sister, the mother of Stewart and Haley.  Apparently, both Stewart and Haley had immediately sent "911 texts" to their mother saying that I was already embarrassing them and that I had been bawled out by the tour director for the Diet Coke Incident.  My sister had, in turn, sent me six texts begging for me to pull myself together and do whatever it took to pretend to be a normal, functioning adult for the five days of the trip.  I replied, "Whatever" and clicked my iPhone to my Tina Turner Playlist.  I needed to do some serious thinking about how to win over these RA's, and I always do my best thinking while listening to the Queen of Rock n' Roll.

However, before "Better Be Good To Me" could even finish, I noticed a commotion happening on the other side of the aisle on the bus.  Some of the RA's were offering to the others what I thought was candy or mints. For a brief moment, I wished I was a kid again and on one of my extended family vacations.  There would be 10-15 of us all piled into a van driving to some vacation spot.  It would be about this time in the trip, an hour or so in, when the women in the family would break out their pharmacy bottles.  They would compare and share with each other mood stabilizers and nerve pills, then dispense each of the kids either a Benedryl or a shot of NyQuil, depending on the age of each child.  The next thing I would know, we would be 800 miles from Kentucky, and I would awaken fresh as daisy, ready for some fun.

Sadly, on closer examination of what was being offered on this bus I discovered that it was neither nerve pills or Benedryl.  It was, wait for it, here it comes...Gas-X.  What?!  Seriously?!  Already?!  We hadn't even had a meal yet and Gas-X was needed, and from the way it was being passed around, needed badly by several RA's.  This caused another momentary panic for me, but I dug deeper into my Tina Turner Playlist.  I closed my eyes and listened to "River Deep, Mountain High" and "We Don't Need Another Hero" all the while praying I didn't begin smelling anything that would tell me the Gas-X had not worked. 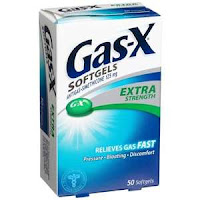 It was soon time for our first rest stop of the day.  Over her microphone, Nancy told everyone to quickly do their business at the truck stop and we would be back on our way to NYC in a jiffy.  Both tour buses unloaded, and all one hundred of us disembarked and headed for the bathrooms.  Snacks were purchased, along with drinks WITH SCREW TOP LIDS.  We stretched our legs, and I talked to a few of my friends from Bus #1.  I voiced my concerns that I was now on Nancy's bad list, and that none of the RA's wanted to be known as my friend.  They did not really seem to care one way or the other.  They said a few patronizing words about being sure I was overreacting and then headed gleefully back to their own bus.

When we were finally all on board Bus #2 and ready to roll again, I noticed the look on Nancy's face. She was not happy, and it was already clear to me that if Nancy ain't happy, ain't nobody happy on this tour bus.  The rest of the RA's did not seem to notice, but I did.  I knew what was coming.  I had been on the receiving end of a Nancy tirade already.  Apparently, we had taken way too long in the convenience store and bathrooms.  Nancy let us all know, with no room for doubt, that this was our trip.  If we wanted to spend it looking at the inside of truck stops and roadside bathrooms, that was fine with her.  She had seen New York before and didn't really care if she saw it again this particular week, but she thought that that was why we had all come on her tour bus.  Maybe she was wrong, maybe we had paid all this money to lolly-gag around and only see a few things with the small amount of time that we would now have since we took so very long using the facilities.  I thought about raising my hand and explaining to Nancy that we may have more than one sour stomach on board due to the underground Gas-X pipeline that was rampant on our bus, but I thought better of it.  I already had strike one, I didn't need strike two before lunch.

Nancy's outburst gave me an unexpected connection with the other RA's.  They now knew what it felt like to be on the wrong side of Nancy and Udean's Christian Tours rule book.  Maybe this was the similarity I needed to win them over!  I was renewed with energy and conversation with my seat mate for another hour or so.  Eventually, she basically told me to stop talking because she needed a break and was going to take a nap.

I took this opportunity to chat up some of the other RA's on the bus.  Because they were not trapped in the same row with me, it was much easier for them to ignore me or pretend they were reading or napping, but a few did respond to some of my unrelenting questions.  I am not sure how the subject of Zumba came up, but it did. I am even more clueless on how I worked it into the conversation at all, but I did.  I have never in my life participated in a Zumba class so I have no business talking about it, but here I was spouting off about its benefits and popularity to a complete stranger on the bus.  She then told me that while she had never done it, she had watched a class once and that she had never seen women move that fast or shake themselves in that manner that were not being moved by the Lord.  I must have had a blank look on my face because she then said, "You know, by the Holy Ghost, in church."  I didn't know if she was joking or being serious.  Presbyterians are not moved by the Holy Ghost in ways that one would compare with Zumba classes. The lady had an impish look to her face as she winked and went back to reading her book, so I think she knew exactly what she was doing, which was messing with me.  It was then that I knew I had won her over.


I eased back into my uncomfortable seat, placed my headphones back on, turned on "What's Love Got To Do With It" and just smiled. I had made a friend or two.  Maybe this trip would be fun after all.