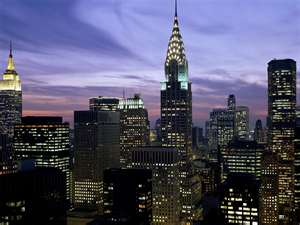 New York City.  Gotham. The Big Apple. It is truly a melting pot of cultures, attitudes, and lifestyles.  Depending on who you ask, it is either the most exciting place on Earth, and truly the city that never sleeps, or a terrifying concrete jungle full of people crammed into every open space all scampering around like rats.  I have always been squarely in the "most exciting place on Earth" camp.  New York has a pulse and a life all its own.  It is like nowhere else, and needs to be experienced by every American at least once.

I fondly remember living in New York City in my early 20's. My circle of friends and I, all of us writers, artists and musicians, struggled to survive and create our art in New York's Lower East Side in Alphabet City.  It was truly my Bohemian Rhapsody.  Oh wait, that wasn't me.  That is the story line to RENT, one of my favorite Broadway shows. My mistake.  Here is a peek: 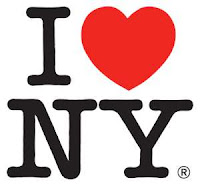 The truth is most of my previous visits to New York have been filled with lots of shopping, dressing up in new clothes, watching plays and musicals, checking out amazing (and sometimes scary) nightclubs, and doing things that I dare not mention here for fear that mother would find out.  I wore a lot of black and I very rarely did "touristy" things as I was trying very hard to be cool and hip.  My friends and I would go to the places where people went to see and be seen.  In my own mind, I was very chic.

In retrospect, those great trips were a few years and a lot of extra pounds ago.  Back in my present life, I found myself 40-years old, overweight, out of shape, and the assigned chaperone for my 14-year old niece and nephew on a planned middle school trip to the Big Apple.  As I lay in my bed the night before leaving for the school trip, I asked, "Exactly, how did this happen?  What had I done to warrant such a change of circumstances? And, most importantly, how could I survive this?"  Andy, who had listened to my whining for weeks and was probably ready for me to leave, answered my questions by saying, "There is no getting out of it.  Fat or not, you will just have to suck it up and muddle through, now go to bed.  Oh, and don't forget your C-Pap machine." Supportive.

The morning of the trip we had to arrive at the Middle School by 6:30 a.m., which is ludicrous.  It was bad enough that we were not flying to NYC, but to be expected to be alert, coherent, and load on a bus at that god-forsaken hour was almost too much for me.  Knowing this, Andy had gone to Subway and picked me up a large, 44-oz. Diet Coke before we left.  He knew that only massive amounts of caffeine could help me maneuver myself in public that early.

There were two tour buses for our group, and I, along with my niece, Haley, and nephew, Stewart, were assigned to Bus #2.  I was shocked and upset to find that most all of my friends who were also chaperoning this trip were assigned to Bus #1.  I thought about asking to be switched to the other bus, but it was so early, I couldn't really form sentences.  I was still in the grunting stage of my morning.  Then I saw the buses.  The name of the tour company was Nancy and Udean's Christian Tours, and this was plastered all over the bus.   Don't get me wrong, I am a Christian and all, but many times the more conservative factions of the faith are not so friendly to me and "my team."  I immediately got nervous and was afraid I would be shunned by the group.  As Andy saw the look of horror come across my face, he immediately got back into his vehicle and told us all to have a good trip and sped out of the parking lot.  I wanted to cuss at him really loudly, but, alas, I was afraid of the shunning. Stewart and Haley immediately loaded onto the bus, and as all the cool kids do, went for the seats in the back.  By the time I made my way on to the bus, it was mostly full, and not surprisingly, neither Stew nor Haley had saved me a seat.  I ended up in the front section of the bus with the responsible adults. 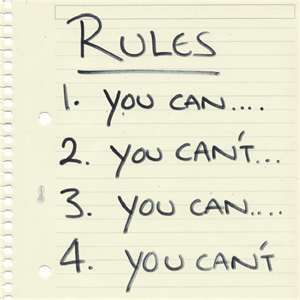 Now, both the tour company and the school had sent home several lists of rules for the trip.  There were lists of recommended items to pack, and lists of things were absolutely not allowed on the bus.  I may have glanced at these lists, but I did not pay close attention to them.  I was a seasoned traveler. I knew what to bring with me to New York City, and I was sure that I would not be bringing anything controversial onto the bus.  Had I paid attention to the list, I would have seen, clearly listed, that no fountain drinks were allowed on the tour bus.  Only drinks with screw-top lids, which makes since with children on board.  They are messy.  As I was trying to get myself settled into my seat among the responsible adults, I was trying to arrange my iPhone, headphones, book, and drink into the small pocket that was on the back of the seat in front me.  As I reached to place my carry-on tote in the overhead compartment, I heard a loud "SPLOSH."  I quickly turned to see that my 44-oz. Subway Diet Coke had fallen from what looked to me a perfectly safe place on my seat on to the floor in the center of the bus.  The angle and force of the fall caused the cup spillage to fly forward all the way up the aisle and into the little hidey-hole the bus driver sat in.  To make matters worse, I screamed, "Shit!"

I was already afraid of a shunning, now I had already broken a rule, made a mess, and cursed out loud.  I gathered myself together to try and make a plan.  I looked around for a weaker member of the pack that I could blame this on.  There was no one.  I was, by far, the weakest link in this group.  I racked my brain to try to think of what I could do next, but it was just so early in the morning.  I couldn't do it.  By this time, both Nancy and Udean had noticed the spillage and had reported it to Mr. Hacker, the teacher in charge.  I just sat down in my seat and pretended nothing had happened.  Just because the spill started at my seat and went forward meant nothing.  Ignore it and it will go away.  Besides, this was a Christian tour company.  How upset would they be?

I soon found out that Nancy, the tour guide, was an Old Testament Christian.  She did not forgive, and live and let live like the New Testament preaches.  No, Nancy served a vengeful God.  Her bus had been smited and she was not going to stand for it.  She grabbed her microphone and started in on what would become a five minute tirade announcing that we already had a spill, that the driver was now sticky, and there was a reason that we all had been given the rules in advance, and that she would not stand for any more of this non-conformity! Or something like that.  I was so embarrassed and could feel the eyes of the responsible adults boring into me that I think I blacked out for a minute.  I thought I could take some pressure off and create a diversion by acting like a responsible person myself, so I left my seat and went to the back of the bus to ask Haley and Stewart if they had remembered to pack everything.  However, when Haley looked up and saw the my face she immediately screamed, "Oh my God! It was you, wasn't it?!  You are the one who spilled the drink?!"  Both Haley and Stewart then refused to make eye contact with me and sent me back to my seat.  I tried to hold my head high as I walked the sticky aisle back to my seat, but my face was burning and pride was hurting.  Mind you, we had not yet even left the school property.

So began my latest adventure.  Ten minutes into the trip, and already an outcast in the group of Christian soldiers on our way to New York City.