The Differences in City Mice and Country Mice 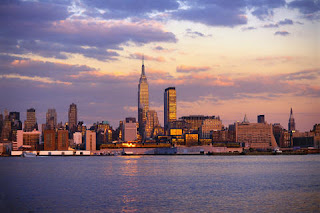 When we last left our group of middle schoolers and their chaperones, they had taken New York City by storm.  They had wreaked havoc on the Statue of Liberty and Ellis Island, left Chinatown in even bigger shambles than it was in to begin with, and had moved on Times Square for dinner.  This ended a very eventful, full day of sightseeing and most of the adults were looking like it. To use another mountain phrase, the chaperones had been rode hard and put up wet.  We had suffered through heat in the upper 90's all day, and I was feeling the effects of forgetting my sunscreen at home. Although the children claimed to be exhausted as well, they suddenly perked up at the thought of the hotel and the fun that could be had running the halls, having "room parties," and generally doing whatever groups of teenagers do in hotels.

When we arrived in our room, I immediately threw my head against the air conditioner vents and prayed a silent prayer for my eyes to see a stocked mini-bar ready for consumption.  Unfortunately, there was no mini-bar, so I cursed Andy for not having packed my boot flask.  Stewart and Haley were chopping at the bit to go visit friends in their rooms and/or the lobby.  This is a time when having had some sort of parental training would have come in nicely for me.  If I had been raising these children for the first 14 years of their lives, I probably would have had better responses to questions, but I hadn't been raising them.  Truth was they were just on loan to me for the week.  What did I care if they went to someone else's room?  I was hot, exhausted, and in need of a shower.  I then remembered that I already had made a few questionable moves this week: spilling the drink, encouraging the kids to lie about people at Ellis Island, posting some pictures to FB for the sole purpose of bothering my sister (see pic), my smear campaign against Evil Nancy, the tour director.  So I sat my nephew and niece down and told them this,"OK, here is the deal.  I don't have children and all these parents on this trip are going to judge me by the way you two act.  I don't care for you going out, but DO NOT do anything that will embarrass ME or make one of the real adults on this trip say that I am not a good chaperone."  It seemed like a reasonable request to all three of us, so off they went to join their friends, and I headed for the shower and a Xanax.

The next day brought even higher temperatures and more sun to the City, and the concrete soaked it in and baked us all for 12 hours straight.  It was during this day I noticed we mountaineers have some very different characteristics than those New Yorkers.  For one, we move a lot slower.  New Yorkers move at lightening speed.  I have lived in cities, and traveled many places, but I would be willing to bet that a New Yorker can walk faster than any other city dweller out there.  I am not sure the reason why, but they waste no time getting from point A to point B.  Our group, on the other hand, sort of meandered around the streets, stopping to look at something, slowing down to wait for a straggler,  generally moving at a snail's pace.  The heat was not helping matters at all.  Most of the chaperones were not in the best of shape, and we all mightily struggled to get to our destinations, let alone keep an eye on our children  At one point, I was so hot that I had a flashback to my ill-fated visit to a Bikram Yoga studio and had to take a break and drink some water before the urge to do a standing dog pose was too strong to resist.

Coupled with our slowness, not being used to such massive amounts of traffic proved to be another challenge for our group.  It would have been hard enough for most of us to make it solo across the 8 lanes of traffic when crossing the street given time that the "street-walking-man sign" gives you in New York.  Honestly, I think you have about 15 seconds.  But, not being used to such time restrictions, our entire group would start to cross the street and would not stop crossing until everyone had come over, regardless of what "Mr.-Street-Walking-Man" flashed.  Under normal circumstances, all 100 of us would not have been able to cross the street in 3 full minutes, but we were hot, out of shape, tired, disoriented, and sightseeing so it took much longer.  We lumbered into the middle of the street and usually about 20 people in, you could see the light changing.  30 people in, you could hear horns blowing.  The rest of the group just kept coming on across, some of them stopping to snap photos of the taxis and their drivers.  We just made our way across, no matter who was waiting.  In this heat, we really didn't care, and I am pretty sure at least one of the Appalachians had a pistol tucked away on his/her person.  If it came down to it, we always just fire a shot right up in the air.  Then, they would give us plenty of time to cross the street.

Perhaps the most troublesome device that our group encountered was surprising to me.  It looked innocent enough, and while we don't have a lot of them in Hyden, I was sure that most of the people on the trip surely had seen and/or used one before.  The device?  A rotating, circular door.  Most of the buildings in NYC have large circular doors to help manage the large flow of people entering and exiting them.  I am not lying when I tell you that I personally know of three revolving door incidents that happened within our group.  My dear friend, Merlene, almost lost a toe.  My buddy Sheila, and her mother, were squished together in one of the sections of a door when it clogged up and stopped rotating.  Two of the younger boys got on and couldn't make themselves take the plunge to step off until they had fully rotated three times.  I am sure there were other horror stories from these monsters of city life, but as is true with abuse cases, most go unreported.  I wondered, however, if Nancy and Udean would need to document these cases for OSHA, and if so, should I be taking better notes? 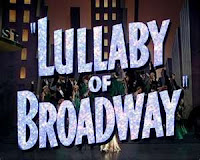 As the afternoon turned into evening, I began to believe that I would survive the day.  No one had been run down by an inpatient taxi or by a fast walking New Yorker.  No one had gotten lost and we had all managed to stay together.  It was time for a relaxing dinner and then off to the Great White Way for a show.  Little did I know that my excitement had only just begun!
Posted by Keith S. at 11:46:00 PM