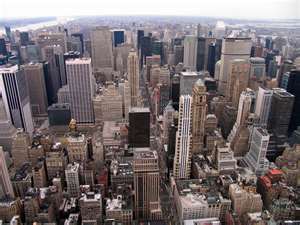 After what seemed to be an endless journey for me, and an even longer one, I am sure, for my seat mate,  Nancy & Udean's Christian Tours finally rolled into the greater New York Metropolitan Area.  Everyone was giddy for different reasons.  Many were excited to finally get to see New York City, a lot were thrilled to finally just get off the bus, my seat mate was happy to have some breathing room, and I was thrilled to be out of the enclosed space with Evil Nancy, the Christian Tour Director.  Although she would remain with us and in charge while we were in the city, at least we were not trapped with her and could spend time with our friends from Bus #1, which I had now dubbed the "cool bus."

I am not sure which group was the more difficult group for a tour company to take to New York City, the 40 or so children aged 12, 13, and 14, or the 60 Appalachian chaperones who were with them.  As I watched our group load on to the ferry in New Jersey to make our way first to the Statue of Liberty and Ellis Island, then on to the island of Manhattan, I thought to myself that instead of us being ready for the Big City, I hope the Big City is ready for us.

The Statue of Liberty was amazing, and everyone enjoyed seeing this icon up close and personal.  I was impressed at the middle school kids knowledge of Lady Liberty's history and significance.  Ellis Island, however, was a bit of a flop.  One common trait among many Leslie Countians, and most on this trip, is that our kin folk have lived in the hills of Appalachia for generation upon generation.  Most of the students would have to trace back their lineage for at least 6 or 7 generations in order to find the relative who may have passed through Ellis Island.  Of course, I am sure there are exceptions, but I didn't see anyone in my group find a family member's name listed on the rolls.  We were reduced to finding random "Morgans," "Napiers," "Sizemores," and "Johnsons" mentioned on the memorials and just taking pictures beside those names in hopes it was some distant cousin or grandfather.  I suggested that the kids just tell everyone that that was their great-great-great-great-great-great grandpa.  Who would know it wasn't the truth?  No one could prove that it wasn't their family member.  I am sure the teachers and parents were grateful for my using Ellis Island as a learning tool, and I was glad to be of service.


Once we actually hit Manhattan, the real fun began.  We made a stop for a shopping excursion in Chinatown.  For anyone who doesn't know, Chinatown is basically a large group of city blocks that for all practical purposes would be called a flea market in any other town in America.  It isn't the cleanest place, and all of the items purchased there are either illegal designer knock-offs or just plain illegal.  It did cross my mind that while shopping in Chinatown is a common tourist activity when visiting New York, it was an odd choice for Nancy & Udean's Christian Tours.

As we stepped off the bus, I am sure that the vendors and booth workers began licking their chops.  Here were one hundred country bumpkins with their eyes bugged out and their mouths gaped open stepping onto their sidewalks.  The vendors knew the bumpkins would have cash and would want designer souvenirs from New York City.  You could almost see the excitement in their eyes as they sized us all up and decided that today sales be good and money would flowing. That was their fatal mistake.

Although the majority of the women on our tour wore nice blouses, respectable skirts, and wore their hair in tidy, practical hairdos, the vendors did not see the sharpened claws pop out of these women.  They failed to see the Eye of the Tiger in each of them.  It was as if these Leslie County women had been in training for this very trip to Chinatown.  If indeed they had been, I would have hated to be a vendor at any local flea market for the past few months.  The women from the LC were prepared and ready.  It appeared they had decided on a divide and conquer method of battle.  Some went for the Tifiany (notice only one "I") jewelry, some went for the "Folex" watches, and others took on the "Coaach" purse vendors.  Even more took the task of I Heart NY t-shirt buying.  They hit the vendors and they hit them hard.  Cut-throat negotiating and extreme haggling commenced.  The vendors would offer a starting price, and 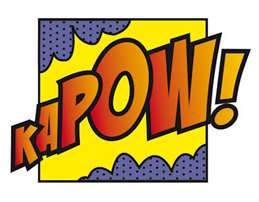 they were stymied with an onslaught of bargaining that was unrelenting until the Appalachian was satisfied.  There were lots of problems communicating due to the competing strong accents, but I think everyone concerned knew exactly what was meant by comments such as "Brother, don't pee on my leg and tell me it is raining," and, "Uh Buddy, I said I not for that price. You keep flappin' your jaws like that and you'll get your tongue sunburned."  However, when asked if a particular brand of purse or sunglasses was "any count," most of the vendors did not quite know how to reply to their customers.


As we headed back to our bus for our next stop on the tour, I swear I saw two Chinese ladies actually crying and following behind a group of the LC women.  They had apparently not come off their price fast enough orlow enough or had done something to lose favor.  The Appalachian women would have nothing to do with them or their shoddy jewelry at this point.  It was a sight to behold.
We boarded the bus and headed for dinner in Times Square.  Had I not been so scared of Evil Nancy, I would have suggested that we waste no more time and drive this group of women directly to Trump Towers.  This group of Leslie Countians would eat those MBA's vying for a position on The Apprentice for breakfast.  If Donald Trump were truly smart, he would recruit himself a few of these mountain women to run his empire.  Heck, if Obama were smart, he would get them run this country.
They were that good, and I was glad to have gotten to see them in action.
Posted by Keith S. at 10:10:00 PM