A Big Night Out In New York City

After another full day of sightseeing in the Big Apple, our entire group was ready for a nice relaxing dinner before heading to the Theater District to see a Broadway musical.  I had already come to terms with the fact that a group of middle schoolers were probably not the ideal demographic to see the new hit musical "The Book of Mormon":


Or Chris Rock's new hit play, "Motherfu@ker With The Hat": 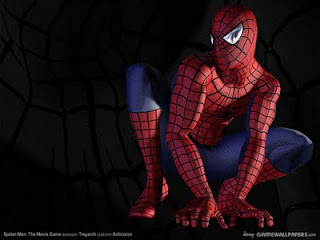 Nancy and Udean had chosen Spider-man as the show for our group to see, and I was fine with that.  I was just happy that I would not have to sit through Mary Poppins or The Lion King.  Although Spider-man had been dogged with some bad publicity during its previews, the music WAS written by Bono so it had to have some saving qualities.

For dinner, I thought to myself that a nice slice of authentic New York pizza or even a hot dog from a stand would be a nice change for dinner for the group.  At the very least, perhaps a Hard Rock Cafe.  I knew that a tour company would not be taking us to Sardis, but I did expect something out of the ordinary.  That is when I heard the buzz spreading through Bus #2.  Dinner would, in fact, be at Applebee's.  "I'm sorry," I said to my seat mate,  "for a second there I thought you said that we were eating at Applebee's."   "I did say Applebee's, but at least it is the one in Times Square" she replied. Why was she always so positive and bubbly?!

Let me explain something to those of you who are not familiar with the town of Hyden, home of the Leslie County Middle School.  The only restaurants within a 25-mile area are fast food chains or locally owned  restaurants, save one.  There is an Applebee's in Hazard.  So there is no mistake, let me clarify, there is ONE FREAKING NATIONAL CHAIN RESTAURANT THAT THESE KIDS HAVE AT HOME TO EAT IN AND WE WERE GOING TO EAT AT THE SAME CHAIN ON OUR TRIP TO NEW YORK CITY.

Livid really does not begin to explain my reaction to hearing this news.  Most of the chaperones on Bus #2 were not happy with the choice of restaurant but were either too exhausted to care or too afraid of Evil Nancy to voice a complaint.  As a sole dissenter, I had no real power.  I talked to the teacher in charge who told me that he was not informed of the restaurant choice until the trip had begun, and that since we were a group of one hundred, a reservation could not just be easily changed.  Evil Nancy had told him to suck it up, have a cheese stick, and enjoy, or else.   I fell back into seat on the bus, and hoped at least they offered the 2-for-1 happy hour from 4-7 (they did not).

After our crappy dinner of riblets (what the heck are riblets, really?) and french fries, we headed to our show.  Keep in mind that we had been on the go since 7:00 am and it had been 98 degrees that day.  Our bellies were full of Crapplebees and we were finally in an air-conditioned room.  At that point, I would have gladly watched CATS, my least favorite musical ever, as long as I could sit still and be cool for a couple of hours.  A few of the other chaperones felt the same way as I did, and when the house lights went out, so did they.  You could almost see the heads of grandma after mother after grandma nodding off before the actors had even sung their first song. 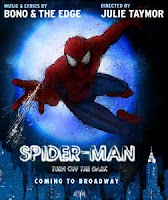 I can see why so many actors were injured during the rehearsals for Spider-man.  Spidy flies from one end of the theater to the other.  He springs from one balcony to the next.  We were lucky enough to be seated in one of the "Flying Sections" which means that our Hero often landed in our section when performing a jump.  Occasionally, he would enter from the back of our section and walk down the aisle before hoisting himself off the ledge and webbing a villain or kissing a girl.  On one of these entrances from the back, Spider-Man noticed that one of the grandmothers in our group had fallen asleep.  She had not just dosed off, but had curled herself up into a nice ball and was snoozing.  Unfortunately for her, she was sitting in an aisle seat.  Spidy could not resist waking her up as he made his way down the aisle before jumping to fight the Green Goblin.   As he crept, he briefly stopped beside grandma and lightly tapped her. The look on her face was pure terror as she opened her eyes.  She was in such a deep sleep, she had forgotten where she was and what she was doing.  I am sure she was probably expecting to see her husband or her nightstand or something vaguely familiar, but instead, she saw a bright light and this looking at her:

That alone made my trip worthwhile!  I did feel sorry for her, bless her heart, but I so needed a pick-me-up at that moment, and her sacrifice was much appreciated.  The only thing that possibly could have made it any better would for it to have happened to our tour guide, Evil Nancy.  But, on this particular night, I would take what I could get, and be satisfied with it.
We finally arrived back in our hotel room, and my niece and nephew hit the halls as I hit the shower, then my pill box.  Tonight, however, I was not looking for a Xanax.  Instead, I was hoping I had been as smart as some of the Responsible Adults and packed some Gas-X.  Whether in New York or Hazard, it does not matter, Crapplebees is just plain horrid.
Posted by Keith S. at 11:03:00 PM