In my new quest to fill the O-sized void that Oprah has left in the universe, I have taken it upon myself to develop a list of Favorite Things for the summer of 2011.  There is no need to thank me for helping you get this through this difficult period.  I, too, am at a loss as to which candy or cake flavored body cream to adore this season.  I will get you through these dark, Oprahless days and we will emerge on the other side better, stronger people. (Isn't that a very uplifting statement? Very O-ish. No?) 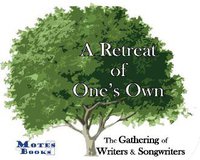 The Gathering is a weekend event for writers of fiction, nonfiction, poetry, and songs sponsored by Motes Books, an independent publishing company based in Louisville, Kentucky.  The weekend is intended to offer artists, whether they be professionals and published (others) or novices and bloggers (me) thought provoking activities,  meaningful insights, sincere feedback and encouragement, reflection and time to hone your writing skills.  I was so nervous attending my first Gathering last year, I could barely walk into the room.  However, from the welcome hug that I received from the incomparable Kate Larken, who led the Gathering, to the incredibly talented new friends that I met during the weekend, the Gathering has done more to inspire and encourage me to continue writing than anything else ever has.


Pickled Bologna
There was a time in my life that if I recommended getting pickled, it would have had an entirely different meaning, but this summer I am bringing pickling back.  Not just pickles, no, no.  Pickles are so 2009.  Pickled Bologna is where it is at.   That is the stuff, fo shizzle, boo.  It is tangy, but not too tangy; disgusting to think about, but delicious to eat.  You can purchase in different forms, but I must insist for this list that it be the authentic rope variety: 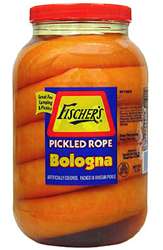 The best part of getting a jar this size?  After you have eaten the rope of bologna, boil yourself a dozen eggs, pop them into the used brine, wait a week or so, and BAM! you have pickled eggs: 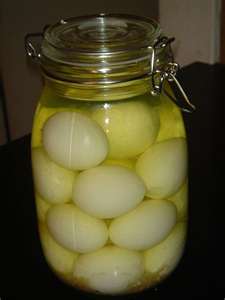 You can thank me later.  God, I am feeling just like Oprah right now! I don't fish.  I don't like to catch my own anything.  I like my food to be served to me, preferably with a nice garnish, a complementary wine, and a lively conversation.  However, the idea that there is a vending machine that dispenses LIVE things to be used for bait is amazing to me.  My hometown, Hyden, KY, has one of these machines, and although I have never seen another, I imagine that there are others in other places.  The mystery of it all is one of the reasons that it made the summer list.  Oprah sometimes picked little known items and they then exploded into our popular culture.  Don't be surprised if you see a Live Bait machine in your city soon.  Again, you can thank me later.
Corn Husk Dolls 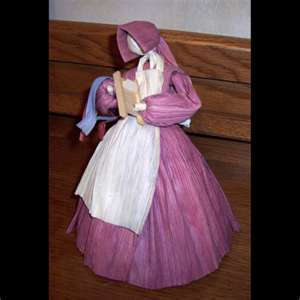 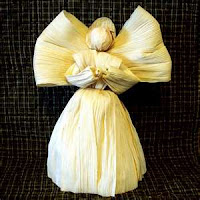 Corn husk dolls have been made by Native Americans since the Pilgrims sold the first corn seeds to the Choctaw Nation, which resulted in the first Easter.  Hey, don't blame me, Kentucky public schools use those history textbooks published in Texas.  Another group who make a mean corn husk doll are Appalachians.  These tiny dolls are truly works of art.  I fondly remember the corn husk nativity set that my family had as a Christmas decoration for years.  If I had known then my future as a post-O trendsetter, I would have taken better care of it.  Sadly, I did not know, but I did have an A-HA moment while reminiscing!  I am going to take a class and learn how to make these lovely tidbits and give them as gifts next Christmas, so they very well could end up on ASMCOT Favorite Things Christmas Edition as well.  Get used them. (Don't, however, expect one as a gift.  In the trunk of my car I still have a 25-pound bag of Dead Sea Salt, 50 glass bottles, and some organic aromatic oils that were to be my homemade Christmas gifts last year.)

Local Peeps Getting Jiggy-Wit-It
One of my very favorite things in the world are local people who have done well or who are doing well for themselves.  It is truly amazing to me the power and the talent of our very own Appalachian brothers and sisters.  Whether it be in business, military, sports, entertainment, activism, art, literature, or education, our area of Kentucky is home to many shining stars.  In the past year or so, I have been fortunate enough to meet a few more Appalachians who inspire and motivate me.  Jason Howard, from Pineville, KY,  is an accomplished author, editor, activist, and commentator. His works have appeared in several publications, he has been arrested during a protest in Washington, D.C., and, I swear to you, the man is like 10-years old.  He has accomplished so much in such a short time, and lord only knows what this phenom will accomplish next.  What I am sure of, though, is that it will make me, and probably all of you, awfully proud he is one of us.  Also, Jason can quote most lines from all the Designing Women and Golden Girls shows, and if that doesn't scream good breeding then I don't know what does.

GRIPPO'S
Our Summer list concludes with what may very well be may all-time favorite thing: Grippo's BBQ potato chips.  If Oprah had eaten one of these bad boys, she may well have stayed on the air another 25 years.  They are salty, sweet, spicy, and oh so good.  If you do not live in an area that sells this brand of goodness, I implore you to rent a U-Haul, pack your belongings, and head this way.  Tonight.  As O would say, "I LOVE MY GRIIIPPPOOO'S!  I LOVE MY GRIIIPPOOO'S!"

OK, so there you have it.  The Strong Man's List of Favorite Things Summer 2011.  If I were with you in person, I would give you an air hug, making sure not to actually touch you, just like lady O.  I hope you all enjoy and make use of the list.  Feel free to comment on any additions which you feel need to be considered for the Christmas list.