Who Are You: Ru or Rand?

The looming Federal government shutdown and budget gridlock in Congress has worked me into a tizzy this week.  What is a tizzy, you ask?  It is when you are really aggrivated, anxious, and jumpy, similar to the feeling you would have if you were an Atheist attending a snake-handling church.

Since last November, I have often lamented that I wish Kentucky had voted RuPaul into office as our senator, rather than Rand Paul.  So, as my tizziness worked itself through me this evening, I began to daydream about how different things may be if RuPaul actually was Kentucky's junior sentaor.

First off, she would immediately drop the "junior senator" label. Ain't no 6'7'' queen wearing 5-inch heels and 2-feet wigs going to be called "junior", mmkkaayy?  And I would love to, just once, hear her say from the Senate floor, "The time has come to LIPSYNCH FOR YOUR LIFE! Good luck, and...DON'T FUCK IT UP."  I know that has nothing to do with politics, but it would still be fun to see on C-Span and Fox News.


Finally, after comparing and contrasting Ru and Rand, I found them, shockingly enough, as different as any two people who ever existed in the history of the world.  I did, however, find some interesting tidbits about both R's.  With these tidbits, I decided I would throw together a small quiz to see how well my readers know their queens and senators.  The quiz is listed below.  No cheating via google, damnit!  Enjoy, and DON'T FUCK IT UP! 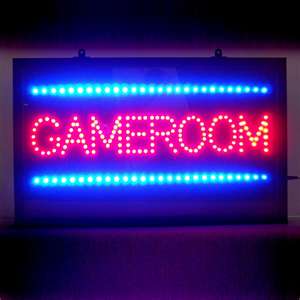 4.  Said: "Fox News...can't decide which they love more, bombing the Middle East or bashing the President."

5.  Said: ""All sins are forgiven once you start making a lot of money."

Alright...scroll down for the answers.

4. "Fox News...can't decide which they love more, bombing the Middle East or bashing the President."


5.  "All sins are forgiven once you start making a lot of money."

So, how did you do?  Did you get more RuPaul or Rand Paul?  Please tell me more RuPaul.  We don't need more Rand Pauls.  One is plenty.  Besides, Ru, not Rand said, "If you don't love yourself, how in the hell you gonna love somebody else?"  Words to live by.

Leave a comment below and tell me which R you know better!
Posted by Keith S. at 8:42:00 PM