It is time for this week's Topix-ical news briefing.  I decided to spread my wings a bit this week and venture outside of the Hyden Forum.  Because I have a lot of family, and therefore, readers in London, Kentucky, I decided to check out what was happening in Laurel County.  I am so glad that I did, and I think you will be, too!

As usual, the bold print is the real Topix Forum post name.  I change only individuals names.  The itialized print is my little addition.   Here we go!

What's that, you say?  A smell?  In a place called Tomcat Trail?  Yes, I would imagine there is a smell there.  It is probably cat piss.

You Can Lead an Atheist to Evidence but You Can't Make Him Think.

Ain't it truth?  Since we now have scientific fact of the existence of a God, why won't these people think?  Twice, I have taken my two atheist friends to the Creation Museum in Petersburg, KY, and they still refuse to think.  Just sit there like knobs on a log.  How much more evidence can I lead them to?  Perhaps when the Noah's Ark Theme Park or the Busch Garden of Eden opens, they will not be able to ignore all the facts any longer.

Is Speech a disability?

I never believed it to be until I found the Topix website. However, if  people who post on here speak the way they write, then the answer is most certainly YES.

Dorthea Jackson is a prime example that a person can change.

Go, Dorthea! Well, go only if your change was for the better.  I didn't click on the post to actually read it.  If you gained like 300 pounds or shot up so many drugs your arms fell off, then Bad, Dorthea, Bad.
Hey, know who else is a prime example that a person can change? Batman. 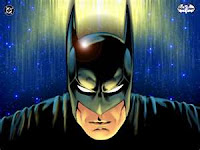 Some CHOIRS don't know how to judge speed with MUSIC

This just tickled me to death.  How resfreshing!  In the midst of smells, drugs, affairs, and stealing, someone has become so upset while attending church they have gotten online to trash their fellow worshipers.  I picture this little old lady rushing home from her Sunday service and posting this, just furious that Ethel played "Leaning on the Everlasting Arms" in three quarter time. How dare she?!  Why, the only one who will understand this are those people on Topix.  RedVelvetBloomers, IGotNoStank, and LurvlyWomern will know what to say about this!  I'll seek their advice.

Jason that goes around pooping all over the walls

What do you do to turn on your hubby?

Ah, the question of the ages.  You could shoot him.  Hit him with a frying pan.  Drop an anvil on top of his head.  Wait, what's that?  Oh, turn ON your hubby, not TURN on your hubby.  Sorry, I misread.

How Many Thinks Walmart Fried Chicken Is Better Than Kroger? 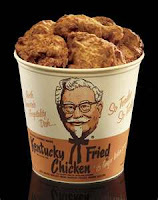 For the love of all that is holy, Londoners, Laurel County is the birthday of the Colonel!  KF-freaking C was started in your backyard!  You host THE WORLD CHICKEN FESTIVAL.  Have some respect for yourselves and either buy KFC or chicken fried at a convenience store as God intended.

He did.  He hated it.  Know how I know?  Jessie is friend.  Yeah, I know he's been a good friend of mine.  But lately something's changed that ain't hard to define.  Jessie's got himself a girl and I want to make her mine. 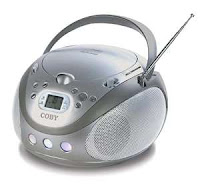 That post was two weeks ago, and at last report, no one had yet figured out how it works or even how to get the cassette in it.

Wow! I had no idea how in touch the London Forum was with celebrity news.  I can not believe that they actually have a post about the little known twin of Justin Beiber.  Apparently, the Beiber Machine decided it best not to admit to having the twin brother, but word of him leaked out.  Apparently, it leaked out in Laurel County.  Well, since the cat is out of the bag, I guess it is safe to post my picture of Justing Beibler: 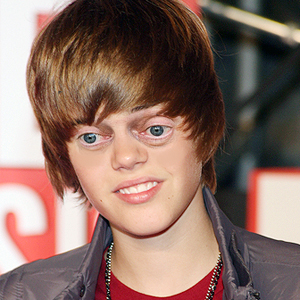 I hope you have enjoyed this weeks Topix-ical news briefing.  Until next week, remember, if it isn't on Topix, then it probably is true.
Posted by Keith S. at 10:03:00 PM