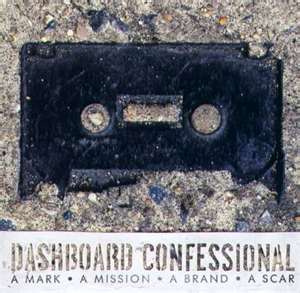 My name is Keith Stewart, and I am not a good driver. 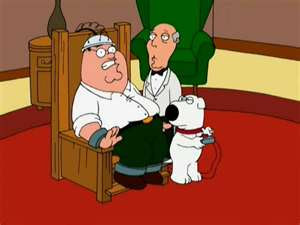 There I said.  Whew!  I feel better already.  My therapist always says that admitting your problem is the first step to defeating it.    I know that you are all now saying to yourself or to someone in the room with you, "The Strong Man sees a therapist?"  Yes, imagine exactly how crazy and out of control I would be without professional guidance and a very complex mixture of medication and an occasional cycle of shock therapy.   I also know that by just admitting that I do not drive well will not help make me a better driver.  Only concentration, lessons, and a desire to improve will do that, and I don't have that kind of time.  What I hope this admission will do, however, is absolve me from future accidents that I may cause while driving my car.  At the very least, when we are standing by the side of the road looking at your car, balanced on one wheel and missing all four doors, and my car is a few feet away with a guilty look on its grill, I will be able to say I told you so.

I understand road rage.  I cause it.  I am the driver that speeds up during fast songs and slows down during slow ones regardless of which lane I may driving in.  I can be in the left passing lane making my way down the interstate, and if, say,  "In My Life," by the Beatles or "Time After Time," by Cyndi Lauper comes on my radio, I immediately take my foot completely off the gas pedal.  It isn't a gradual motion, it is an instantaneous one.  There is usually some fumbling going on as I try to adjust the volume and prepare myself for the emotional onslaught that will hit me when the song takes control.  And the song always takes control.  Being under the song's control, usually makes me swerve my car a bit, mostly into the right lane because I tend to hang to the right.  I can't tell you how many times in the middle of belting out, "IF YOU'RE LOST YOU CAN LOOK AND YOU WILL FIND ME, TIME AFTER TIME," a car behind me in the passing lane who was just moments earlier using me to draft behind, like in Nascar, has almost rear-ended me at 80 mph because I have slowed to 50 mph..  My look to the guy who has almost rammed into me, via the rear view mirror, is always one that expresses "I can not help that Lady Gaga's Bad Romance was played just before Time After Time.  I am not the DJ.  I don't make the playlist, buddy.  Honestly, you want to continue at this speed while Time After Time is playing?  Well, I won't have any part of that.  You will have to pass me from the other lane, Mr. No Respect For Cyndi Lauper." It is quite a look.

I have also driven hundreds of miles on interstates and parkways with my turn signals flashing.  I don't know why.  I can not explain it.  Sometimes, I have even heard the constant "tick-tick, tick-tick" noise that the signals make to alert the driver that they are in use and a turn should be imminently made.  Because I know nothing about the mechanics of a car, I just ignore any sounds like that in the hopes that they will go away.  Therefore, any noise that my car makes, I just assume means that something needs to be checked on the next time I take it in for service or Andy braves up and rides somewhere with me in my car.   By the way, the same rule works splendidly for the "Check Engine" light, and odd smells in the car as well.


Not only have I ignored the turn signals, but also other parts of the car.  Once while I was away at college, I bought a new Michael Bolton cassette (oh, leave me be) to listen to on my two hour drive home for a long weekend.  I also stopped to gas up the car and buy a Big Gulp before hitting the highway.  When I settled in for the drive, I popped in the cassette and angled my body so that the Big Gulp was held tightly between my leg and the middle of the steering wheel.  While listening to the music, I just assumed that I had either purchased an irregular cassette at the Disc Jockey, or that Michael Bolton had some sort of weird instrument that was playing in every single song on side A.  It was not until the cassette needed flipped to Side B that I realized the weird instrument was a car horn.  My car horn.  The Big Gulp was pressed directly on the horn button of my car, and I was so wrapped up and distracted about other things that I did not notice.  I am sure that all the other cars on the 70 mile stretch of I-75 from Lexington to London noticed it.  I distinctly remember that everyone who passed me, as I was driving slowly due to Michael Bolton's love of the ballad, kept strangely looking at me.  I thought maybe I had a flat tire or something, but I was not going to stop for that.  I would have someone look at it next time I took the car in for service.

I also have a horrible tendency to look at myself in the rear view mirror for too long, and stray out of my lane.  This is particularly bad on two-lane mountain roads, and I have tried to stop doing it since moving back to the hills.  It isn't that I am vain.  I usually will just start thinking about things while driving, such as "I wonder if my sideburns are too long?" or "Did that new hair gel dry or does my hair look wet?" or "Is my uni-brow growing back already? or "What do I look like singing this song?"

There you have it.  My written confession.  I do not drive well.  I have been to traffic school many times, and it just doesn't take.  I would say I will do better, but it would be a lie.  So, really, the ball is your court now.  You have been warned. 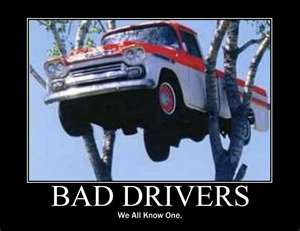