Further Evidence of the Dark Cloud

Just a quick note to show an example of the Dark Cloud, and to show why my mother says that it take a strong man to live my life.

You all know my recent success of being named Wynonna's Fan of the Month.  I received an email from wynonna.com a few weeks ago asking for my mailing address.  Wynonna had asked for it to send me an autographed picture.

I was beside myself with excitement!  The picture arrived on Friday afternoon.  Here it is: 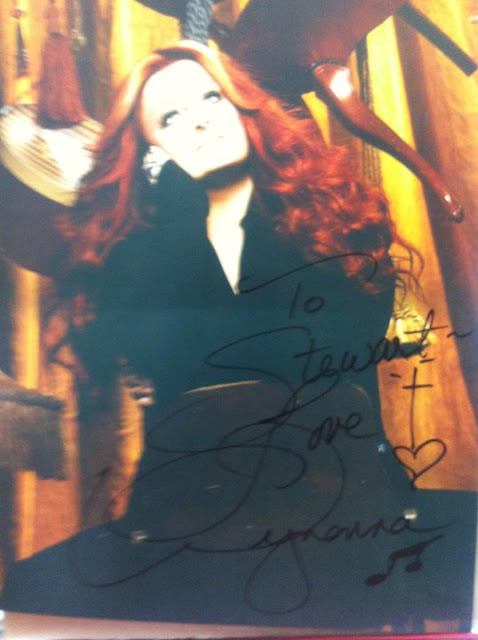 As you can see, she got my name wrong.  Bless my heart.  I do like the explanation that one friend gave me, which was that she was using my last name as bffs sometimes do.  I suppose I could call her "Judd" but it just doesn't seem right.

I am contemplating asking for a new picture, but I hate to be pushy.  Sigh, I think this strong man will now go have a cup of tea.
Posted by Keith S. at 11:32:00 AM