I Can't Handle The Truth! I heard something on the evening news tonight that stopped me dead in my tracks.  The reporter who lives inside my television teased me by saying "Coca-Cola responds to the report of its secret recipe being discovered and published...next!"  I was on my way out the door at the time, and my hand was actually on the remote control ready to hit the power button.  I really wanted to continue standing in the middle of my living room waiting through the tiresome Boniva and Doritos commercials for the nice lady to return to my screen to tell me what the heck was going at Coca-Cola headquarters.  However, Andy was already in the car waiting for me, and if anyone knows Andy or me at all, they know that by 6:30 in the evening, I have long since gotten on Andy's last nerve and he is barely holding it together until he can get a much needed breather from what I like to call my endearing ways.  Plus, I was late.  I reluctantly turned off the television and left the house.

My mind was working overtime as Andy drove us to our destination, a funeral visitation for the son of a dear friend of the family.  I tried to use my phone to access the internet, but I had no signal.   When we arrived at the Rockhouse Pentacostal Church, I made a small, selfish wish that the church would have wireless internet access. Of course it didn't.  Why would it?  The last thing a minister would want would be a congregation full of texting, facebooking, and tweeting parishioners.  I decided to put the Coca-Cola scandal out of my mind until I could back home and get some facts via the worldwide web. 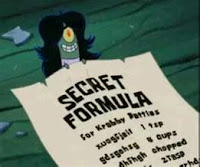 However, on the way home I had an epiphany, right there on Rockhouse Creek.  If someone had actually revealed the secret formula of Coke, I did not want to know.  I certainly did not want to read what was in a formula that turns water into the nectar of the gods.  For me, that would be too much knowledge and responsibility.  Usually, I want to know exactly all the ingredients of the things that I eat or drink, but Coca-Cola is different.  It is a magical, iconic drink that has always been part of my life.  To me, breaking it down into small bits and simple ingredients would just make it too common.  Heaven forbid if the ingredients were such that we could start making it at home!  Would I then be expected to whip up my own Coca-Cola for visiting friends and family? 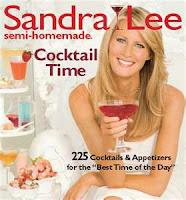 Worse yet, with the popularity of cooking shows today, it would just be a matter of time until each celebrity chef would have their own version of Coke they would show us how to make:  the Barefoot Contessa would have a Kicky Coke in the Hamptons, Rachael Ray would have a speedy quick Yum-O Coke-O for hurried weeknights, Martha Stewart would have some pretentious, haughty Cola with a Sprig of Lemongrass cocktail, and Sandra Lee would show everyone how to make a rum and Coke using a store-bought can of Coke (Sandra isn't very creative).

I further expanded my fears of knowing the truth about other secret formulas.  I decided that I have no desire at all to know the eleven herbs and spices that make up the Kentucky Fried Chicken legacy, the ingredients of McDonalds special sauce, or Heinz Ketchup's secrets.  I am happy in my ignorance of these secret formulas, and prefer them just to be already made and served to me when I want or need it.  I would, however, be amiable to knowing the ingredients of the stuff that was inside the Stretch Armstrong dolls that were popular when I was a little boy, but I suppose that is a story for another time.

This epiphany, and all that was written above, came flooding to me in the car on the way home from the Rockhouse Pentacostal Church.  As I rambled it all out to Andy, who had no idea that I had seen the news clip before I left the house (I forgot to tell him that part), he just nodded and agreed and kept his eyes focused on the road.  It was long past 6:30, and his last nerve was stretched thin.

I can happily report that after immediately scanning the internet upon my arrival home, I found that the Coca-Cola formula was not revealed.  It is still safe and sound in some underground bunker in Atlanta, Georgia.  I was so relieved, not only for me, but also for poor Sandra Lee.  I am fine with the knowledge that in some instances, I simply cannot handle the truth.