Blue Light Special on Self Checkouts 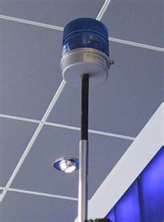 Shopping mishaps can happen to anyone without warning.  Yesterday's blog post hopefully help change some lives by making people more aware of what shopping cart they were grabbing when in the throes of a shopping nightmare.  Perhaps I am giving myself too much credit and praise, perhaps not.  I do know, however, that as times change so does the possibilities of shopping mishaps.

As I stood in line with my one item at the Kroger in London, Kentucky, I was infuriated to find that they had no self-checkout lanes.  How in the world can these people call themselves a grocery store with no self check-out lanes?  Was I expected to just stand there with all those other people who, from the look of their overflowing carts, only came to the grocery once a month?  Yes, was the answer.  So I stood and waited to purchase my bottle of allspice, and thought about how differently my thoughts were toward self-checkouts were now compared to when I first saw them.

I first saw a self-check out lane in Daytona Beach, Florida.  My first thought was "I don't think so."  I was completely and utterly turned off by them.  It was bad enough having to fight for a parking spot, push around a squeaky-wheeled cart that inevitably veers to one side, and avoid other shoppers that were somewhat scary and often times aggressive.  Now, the stores wanted me to do all the work?!   I was expected to unload the items, scan them, bag them up, complete the transaction, thank myself, and head out to my car?  I don't think so.

I, atop my high horse, self-righteously avoided all self-checkouts for months.  Then finally, the day arrived.  I had for some reason thought it a good idea to go to the local K-Mart in town. My mother had gushed at how great the Martha Stewart towel collection was and how you could only get them at K-Mart.  She had made me promise to go check them out before I purchased anything in the towel family.  Curisoity and the need for new bath towels drove to me the part of town that K-Mart called home.  Daytona Beach's K-Mart had fallen on hard times since the advent of Wal-Mart and Target.  While the other stores were in new, shiny shopping centers, K-Mart sat stubbornly in, well let's just say it, the ghetto.  Mind you, the ghetto in Daytona Beach is similar to a less-friendly suburb in a non-Florida city, but you get my point.

I was amazed by the great towel selection and praised Miss Martha Stewart for making such quality for people like me who had to shop at K-Mart.  I loaded up on a matching set and headed to the check out lanes, only to find ALL of them were self-checkouts.  I was appalled.  I thought about just leaving.  Then I considered calling a manager over and telling her that I was not going to use one of those self-checkouts, but since this was the ghetto, I decided she may cut me.  Finally, I decided to bite the bullett and do it.  So off I went to check myself out.

I was reading the directions on the screen when a lady, dressed in a purple velour jumpsuit with matching fingernails and hairbraids, standing in line behind me told me I did not need to read them.  She informed me that it wasn't that hard, I just scan the item and bag it, ending her instructions with a "boom boom boom and you done."  I nodded at her and kept reading, to which she said loudly, "I ain't never seen the beat...readin' the screen like you don't know how to scan it.....scan it, bag it, boom boom boom you done."  At this point, I was really irritated at both the lady for rushing me and at K-Mart for putting me in this situation.

I just started quickly scanning my items and bagging them.  Each time I scanned an item the machine made a beep and Miss BoomBoom grunted "mmmhhhmmm."  I assumed that meant I was doing everything correctly.  Had I been able to finish reading the instructional guide, I would have known to look at the monitor to see if any problems had occured.  I would have probably also known to watch for the light on the pole above the register to start flashing.  I finished up my scanning, and smiled at Miss BoomBoom.

I then looked at the monitor to see what my total was when I noticed it was flashing with an error message.  Apparently, the second item I had scanned needed a price check and I was to wait before scanning anything else.  All the items after the second had not been scanned or added to my bill.  The flashing light was beckoning a manager to my register.  "What?!  You mean I have to do all this over?!" I asked to no one in particular.  Miss BoomBoom then laughed and said, "Baby, what did you think that flashing light meant.  Hmm?"  "Well, I am sure I would have no idea since I was not able to read the instructions" I retorted.  "Hmmph" said Miss BoomBoom.

After waiting about 5 minutes, my blood was boiling and I loudly said, "Just forget this!"  I threw down the towels that I had unbagged and started stomping out of the K-Mart.  The towels were strewn over the register, the bag stand, and in the floor.  Miss BoomBoom yelled, "Hey!  You can't just leave this here like this!"  I yelled back from the door, "The hell I can't!"

It was at least a year before I tried a self-checkout again.  When I did so, it was in the safety and comfort of a nice, new Target with a very helpful older lady showing me how to everything the correct way.

Now, here I am complaining when a store does not offer to let me do all the work via self-checkout.  I have come a long way, but I am sure a new shopping mishap could happen at any point.
Posted by Keith S. at 9:50:00 PM