My Letter To A Fellow Juddhead 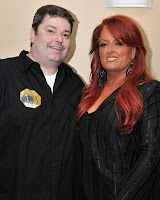 I want to express my deepest apologies to you for having the unfortunate luck of sitting in Section 3, Row L, Seat 18 last Friday evening at the Judds: The Final Encore Tour concert in Louisville, Kentucky.  It was unfortunate because I was sitting directly behind you in Section 3, Row M, Seat 18.  My fellow Juddhead, I am truly sorry for singing every single word of every single song, almost at the volume of Wynonna herself.

I did not mean to continually bump into the back of your chair, it is just that sometimes my dancing gets a little rambunctious and body parts go places I don't think they necessarily will go.  This problem was also accentuated by my adding a few extra pounds to my frame since the last time I really danced and I was a little unsure of my body's boundaries. 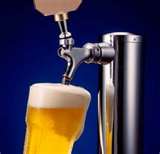 I do feel just terrible about spilling drops, some quite large, of beer down your back and shoulder.  I was just overly excited and really should have been drinking from a sippie-cup.  No, it was not possible to put the beer down as for much of the concert it served as my microphone.

Most importantly, please believe me when I tell you that I had NO IDEA that I had somehow turned music on my iPhone and played Abba Gold - The Greatest Hits on a repeat loop for the entire concert in your ear.  I do hope you like Australian Supergroups.

If you really think about it, though, fellow Juddhead, your discomfort is a little bit your own fault.  Had you stood up for even one moment of the concert, any and all of the above grievances could have been avoided.  I have never understood people who can attend concerts and then just sit and quietly watch as if they are watching a movie.  Perhaps I am unsophisticated or just plain red behind the collar, but when live music is played in front of me, I like to show my appreciation by whooping and hollering, clapping my hands, and occasionally dancing.  This is also why I have been asked to not renew my season tickets to the Lexington Philharmonic.

Also, Mr. Row L Seat 18, if I had not completely lost my mind and had an out of body experience when Wynonna started sang "Born to be Blue," your forehead would have never made the jumbo-tron as the camera captured my and Andy's most awesome dance moves to one of my all-time favorite songs.  I was happy to share the moment with you, even if to the entire crowd at the Yum! Center I looked like a true, crazed Juddhead and you just looked bored.  Again, that is your own fault.

In conclusion, Mr. Row L Seat 18, I think you should re-evaluate your level of devotion to the Judds.  I know that Mama Judd was off-the-hook-crazy and looked like she was not only drugged but also injected, botoxed, and stretched to the point of no return.  Wynonna, however, was so much more self-confident with her mother beside her that her performance was amazing.  Her country twang was in full-force, but she also sang "Ave Maria" in Latin for heaven's sake!  What more could you want in a concert, Mr. Man?!

Nothing, I tell you.  It was perfection. 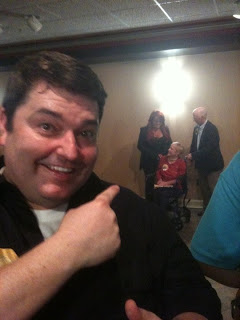