My Meeting With Hate 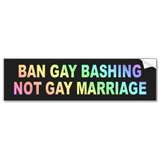 I was thinking this morning about what I would blog about today, and I remembered a pretty darn funny story to share with you.  However, in order for that story to make sense, I would need to share a very unfunny, unpleasant event with you.  It is something that I have not shared with many people outside my family and circle of friends in Lexington, but it is has become such a turning point in my life, I decided that I should just share it.  Hopefully by doing so, some people will become more aware of the hate and issues that gay and lesbian people face each day.

On February 17, 2008, I was gay-bashed in downtown Lexington.  We are talking about losing consciousness, 911, ambulance, hospital, the works.

Until the beating, the evening had been great.  Andy and I, along with our friends Glenn and Doug, had been to dinner at A La Lucie, a great bistro in downtown Lexington.  Lexington had just recently been named as one of the top 10 cities in the nation for GLBT people to live, and we were completely happy and proud to be a part of that.  We all four had a very trying work week, one in which Glenn had actually totalled my car (which is actually another blog story!), and we were relaxing in an open atmosphere full of people who did not judge us at all.  The memory of that night is so vivid I still remember that I had a delicious fish stew for my entree.

After dinner, we all four went to the Lexington Opera House for a production of Evita.  The show was fantastic and after it ended, none of us wanted the evening to end.  There was a charity event for AVOL, Aids Volunteers of Lexington, at a local gay bar that was a few blocks from the Opera House.  We decided that we would stop by and see how it was going.

The event was a great success and the bar was packed with all types of people, both straight and gay, who had come out to support the charity.  We ended up chatting with old friends and making new ones.  We stayed until quite late, and because Andy and I had both had cocktails at the bar, we decided to take a taxi cab home.  I told Andy that I would walk to the car and grab our garage door opener and anything valuable in the car that we were leaving parked on the street downtown.

As I walked out of the bar, I turned the corner into an empty lot which served as the bar's parking lot.  Our car was parked on the street at the far end of the empty lot.  As soon as I had taken a few steps out of the lighted sidewalk and onto the darkened lot, two guys stopped me.  They seemed to have come out of nowhere.  One of the men, who was wearing an orange hoodie, said, "Hey, Faggot."  Then the hits came.  It all happened in just a matter of seconds, too fast for me to react, to fight back.  The next thing I remember, I was lying flat on the ground with Andy standing over me frantically trying to wake me up as he called 911 and screamed for help.

Next came the bystanders staring, the paramedics, the ambulance ride, the doctors, the nurses, the dentists, the x-rays, and the cat scans.  I think I was in shock as I tried to talk to the policemen in the hospital emergency room.  I am so thankful for Glenn, Doug, Andy, and my friend Donna who were all there with me that night/morning.

The end result physically was that I had a lot of bruises, a black eye, a couple of fractures in my jaw, and the loss of my two front teeth.  The end result emotionally ran much deeper than any fracture or bone loss.  The end result financially was literally tens of thousands of dollars for hospital, doctor, tests, dental implants, therapy.

The men who bashed me were never found by the police.  I really only saw the first man, and he had his orange hood over his head, so I was not much help to the police.  The newspaper ran an article about it, WKYT-TV aired a story on the news.  No one mentioned my name in either, and at the time, I was happy about that.  I was petrified that people would somehow look at me as if I had done this to myself, that I somehow deserved what happened to me.  I did make the mistake of reading an online article about it, and then reading the viewer comments that were posted after the story.  Many comments said exactly what I feared people would say, that God was punishing me, that I got what I deserved, etc.

Two and half years later, things are much different for me.  I had been out of the closet for years before I was bashed, but after that event in my life I became more determined to live my life as my true self.  I also became more involved in hate-crime and bullying issues.  I used to agree with people who say that all crimes are hate crimes, but now I know different.  The only reason I was beaten was because I had come outside of a gay bar.  I had a wallet in my pocket that had hundreds of dollars in it and my car keys in my hand.  Nothing was taken.  The only thing these men wanted was to hurt me because of who I am.  THAT is a hate crime, and it IS different.

It took a lot of time and work to dig myself out of the place that I went after that night, but I did it with the help of Andy and my friends and family.  I am hoping this blog posting will help anyone who has faced a backlash because they were different, whether that backlash be physical or emotional.  I want them to know that it does get better and you can overcome it because I am no different than them.  He or she can be what I am.

I am a survivor.

Links to some some anti-hate groups: