OK, so a year or so ago, someone told me about this website called Topix.  I think at this point we all know what Topix is, but for those of you who "don't know," I will explain.  It is a website that allows people to post items and messages about their local community based on zipcode.  For people who live in larger cities, you may very well not know about this.  Be thankful.  It seems to be, for all practical purposes, the newest way to gossip, spread untruths, and talk about people.  Of course, I have never been to the Lexington community page.  It is too big, I don't know anyone.  I went straight for my hometown page of Hyden where everyone knows everyone else.  I was mesmerized by it at first at all the posts.  Then I became amazed at all the ignorance.  Now, I am just completely blown away by the number of people in my hometown who have access to the internet and are still so dumb.

I have all but stopped going to this site unless someone tells me that I have to log on to read a funny post.  That is what I did today because someone had posted negative comments about our pharmacy.  As I read the names of the other posts, I started laughing out loud, and thought I would share some of my favorites with you.  I have taken these directly from the Hyden Topix threads.  Enjoy along with my commentary:

Chicken For Sale
(Ah yes, thankfully I can now find a chicken for sale online)

Who Is The Drunkest Man In LC?
(Wow, really?  I am sure that I would have had that title on some particular night in my life.  I have a lot of friends who would be interested in having a contest to see who would win the title.)

You Might Be Emo If...
(If you are emo, you probably know.  So does everyone else.)

Bust Up Beech Bottom
(Was there a police bust at a place called Beech Bottom?  Did someone named Beech bust up his or her bottom?)

Scrape Scrape What's That Sound
(Probably a scraper.  Scraping something)

Vote No Gay Officials in Hyden
(Yes, here in multi-cultural Hyden, KY, there are several openly gay candidates running for elected office.  It is the San Fransisco of the South. WTH?!)

Hyden Low-Lifes
(Watch out.  They will get you.)

My Pee Is Clear
(Glad the infection cleared up.)

Trade Your Vote For A Fish Dinner
(A fish dinner would have been greatly appreciated instead of Rand Paul.)

WSGS Has Went All To Hell
(Just all to hell.  All to hell.)

Looking For A Police Man!!
(Maybe you should look at city hall or the police station, not Topix.)

Everybody Think For A Minute
(Now if we did that, we would not be on the Topix website.)

People Who Sticky Their Nose Up Other People Azzes Dam I Hate That
(Damn, I hate that too.) 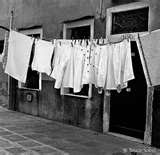