Today I sit in a hospital room in Hazard, Kentucky. The gloomy rain outside matches the somber mood inside. Up and down the hallways, patients in different states of illness lie in the beds of their rooms waiting for doctors to examine them, nurses to dispense pills, and families to visit. I am sitting with my brother-in-law, giving my sister a break so she can go home and see her children, shower, and rest. With the pain medication that is being dispensed to Ritchie, I am mostly sitting here in silence, watching old reruns of I Dream of Jeannie, Bewitched, and Cheers.

Humor is my “go to” emotion. If I am uncomfortable, nervous or the slightest bit bothered, I often crack a joke. I suppose I am a true believer that laughter is great medicine. That being said, as I watch Ritchie in his medicated-induced sleep, my mind drifts back to the funny times I have shared with my brother-in-law over the past 23 years.

Ritchie’s introduction into my sister’s life was rocky from the beginning. Sis’ long-time companion, her dog Brandi, a white Peek-a-Poo, was as spoiled as any lap dog has ever been. My sister took her along with her every where she went. Brandi lived a charmed and glamorous life with my sister, and did not want any changes made to it at all. When it became obvious that this human male named Ritchie had moved in on Brandi’s territory, Brandi decided to strike back. At bedtime, when Ritchie climbed into bed, lying in Brandi’s usual sleeping spot, he was promptly met by a 15-pound fur ball showing sharp teeth and a growl that could make a Great Dane back down. What Ritchie did not understand, however, was that Brandi was not all bark. She played for keeps. She tried to bite and nip and gnaw any part she could in order to get him out of the bed. When it became obvious that my sister would side with Ritchie in this fight, Brandi switched tactics. She slept between my sister and her husband, with her back to Ritchie. After that, on more than one occasion Ritchie would wake up in the middle of the night wet from dog urine somewhere on his body. Brandi was finally banished from the bed, but after a few months of co-habitation, she and Ritchie not only called a truce, but also became good friends.

When the Taco Bell in Hazard was built in the early 1990’s, we all were, of course, excited to have this new exotic food source so readily available to us. My sister and Ritchie took a particular liking to the puesdo-mexican fast food. For the following six months after the Bell opened, if anyone in the family went to Hazard for anything, my sister would always say, “Bring back some tacos for Ritchie. Ritchie likes tacos.” This request was repeated so frequently by her that the entire family started automatically saying “Ritchie like tacos” every time we passed a Taco Bell. To this very day, not only do I and my family, but many of my friends will say to me, “Ritchie likes tacos,” anytime Mexican food or a Taco Bell is mentioned. In fact, I am pretty sure that Ritchie does NOT like tacos as much as we like to say, “Ritchie likes tacos.”

Ritchie has always been the first to offer to help me out with whatever project I needed help completing. He has moved me to and from different states and many sorted apartments and houses. He also always volunteers to be a delivery man on Valentine’s Day for Andy’s Incredibly Edible Delites store. Valentine’s Day is the busiest day of the year for that business so Ritchie usually takes the day off and helps distribute fruitflowers to lucky men and woman all over central Kentucky. Since he is not familiar with the city streets in Lexington, we usually ask him to take the out of town deliveries, to towns such as Georgetown, Versailles, and Winchester. On one particular Valentine’s Day, Ritchie had several problems with his deliveries in Georgetown, and ended up spending most of his day lost and angry somewhere in Scott County. The following year, we were getting ready for our Valentine’s Day deliveries the night before V-Day. I did not realize that Ritchie was on a medication at the time that specifically stated it should not be mixed with alcohol. I had the stack of hundreds of deliveries that needed to be made and was trying to sort into reasonable routes. I decided a cocktail would help me in this process, and made one for Ritchie. He accepted, downed it, and asked for another. Being an amateur bartender, I was happy he enjoyed my mixture and happily made a second round. It was at that point, I noticed that Ritchie’s eyes were glazed over and he had a goofy grin on his face. “Are you sending me back to Georgetown this year?” he slurred. “Probably not, unless you want to go,” I said. “To Hell with Georgetown!” he yelled, “To Hell with Georgetown!” He repeated this mantra over and over, sprinkling in some laughter every now and then like a lunatic. I realized something was wrong, and was finally able to grab his glass, and send him to bed. “To Hell with Georgetown!” I could hear coming from his bedroom door as I went back to my routing. I decided he was right, to Hell with it, and I gave him the Georgetown route the next day, which he happily did.

In the past few years, Ritchie has played the role of Mr. Mom. In the beginning, this was not the smoothest process. In the morning rush to get the twins, Stewart and Haley, dressed, ready, and out the door for school, he threw their lunch together as quickly as possible. A few hours later, the kid’s third grade teacher, Mrs. Wilson, called to ask if there was any particular reason that Stewart and Haley each had been sent with a can of Milwaukee’s Best beer for their afternoon snack drink? Of course, Ritchie immediately went to the school to explain the mistake and that he thought it was a can of G2 or Juicy Juice. I suspect he also secretly hoped to get back his beer. Living in a town the size of Hyden, however, the damage was already done by the time he arrived at the school. Word spread among the teachers and other parents like fire spreads through a forest floor of dry pine needles. He was reminded of this parenting error for months from everyone who knew about it. The only person who really did not think it was that funny was my sister, who was in a complete dither about the entire situation. His nickname quickly went from Mr. Mom to Snack Dad among the PTA parents.  But Ritchie, instead of being really embarrassed by the fact that he sent beer to school with two 8-year olds, has always been more humiliated by the fact that the beer was Milwaukee’s Best and not a better brand. “If it had even been a Bud Light, it wouldn’t have been as bad,” he still says.

So, back to today and the hospital. Hopefully, these medications and treatments will quickly do their job and allow Ritchie to feel better and heal his body so we can get him home and continue to relentlessly poke fun at him. With another child so close to school age, who knows what he will send in her lunch bag! 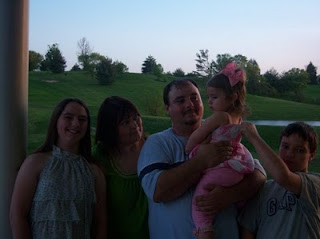