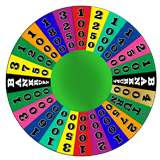 I have spent most of the past month living in my hometown, sleeping in my childhood bedroom, and eating my mothers cooking. If I were not almost 40 years old, well educated, and quite worldly, one might think I was a slacker. Thankfully, I am too shallow to think that of myself. I know the truth. I know that I was tricked into coming to Hyden.
My mother called me a month ago and asked if I could come help out with a few things for a couple of days. A few days turned into a week, a week into a month. To be honest, I do not see an end to my days in exile coming in the near future. I fell for the trick hook, line, and sinker. Don't get me wrong, being in Hyden has been mostly great, and I have gotten to see a lot of old friends and family that I have missed dearly over the years. On the other hand, I have had to learn how to deal with living with my parents again.
A typical evening in the Stewart household includes several grandchildren running in and out, an argument over what to cook for dinner, and then a race to see who can grab the remote control for the evening. If my father wins, we watch the Hunting channel, Fox News, or Andy Griffith. Inexplicably, if RuPaul's Drag Race is on, he will sometimes stop on that channel and watch it for a bit. I don't think he understands that the contestants are men.
If mother wins control, we usually watch the Sci-Fi channel, Lifetime, or a CSI show, all of which are fine with me. I am definitely a mama's boy in regards to the television, so I will often help hide the remote so she can find and not dad. However, mom and I did have an awkward moment during Wheel of Fortune last week.
She and dad are not Wheel Watchers. I know you are thinking, "What?! Who doesn't watch Wheel of Fortune?!" and I totally agree with you, but they don't partake. She was amusing me by allowing me to watch. The category was "Before & After." In this category, there are three words in the puzzle. The first and second words pair up with the third word to form two common phrases. For example, the puzzle this particular night was "Pregnancy & Litmus Test." When the answer was revealed, mom's reaction was, "What does that mean?" I explained it to her as I just did above. "Well, that doesn't make one bit of sense," she replied to my explanation. I tried to explain to her again, but she then told me, "That is just stupid. Who in hell would come up with something like that?" She then got up and left the room.
Thankfully, that is the only real tense moment that I have had with either parent this month. Overall, I guess you could say it has been a successful transition from a career-oriented adult to an unemployed man-child hanging out with the parental units.
I will share some more Hyden observations this week, so stay tuned!
Posted by Keith S. at 10:45:00 PM