The Next Generation of Appalachian Women 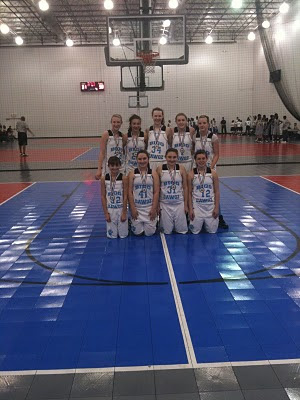 Appalachian women are known for their gritty determination. They have always been known for overcoming the extreme conditions that the harsh mountain terrain and the often repressive Appalachian culture placed in their way. In my own family, there is a long line of mountaineers who blazed the trail for women in Leslie County. My great-grandmother was one of the first women in the county to get herself a divorce. She then owned and operated the Blue Bird Hotel in downtown Hyden on her own at a time that women just did not do such things. My grandmother was the co-owner of the Leslie County Telephone Company, and as such, worked long hours daily, and was successful in bringing telephone service to the people of Leslie County. My mother took over where her mother left off, and worked endlessly to continue to build and expand the telephone company, as well as opening and operating various other businesses in Hyden.
These three incredible women, like most all other women in the hills, did their jobs, then went home and worked in gardens, cooked full dinners, cared for the children, and in their spare time canned food, cleaned house, and made certain they and their families attended church. They knew all the Appalachian traditions, songs, and culture. They cooked soup beans, cornbread, poke sallet, and fried chicken, without recipes, of course. They may have been trail blazers, but they also knew where they came from.
I have often wondered in these modern times of internet and laptops, of cell phones and texting, of 145 cable television channels if the up-and-coming Appalachian women would lose some of that gritty, raw tenacity that their foremothers claimed. Have the girls of Appalachian become so homogenized that they are now no different than the girls from Lexington, Louisville, or Cincinnati?
My question was definitively answered by watching my niece play AAU basketball this past weekend. Her team, the Leslie County Bigg Dawgz, showed me that the next generation of Appalachian women will have the same determination and fiery spirit as all the mountain women who came before them.
Oh sure, by looking at them, you would never be able to pick them out of a crowd. With their brand name clothes, popular hair styles, and cell phones attached to their hands, the Bigg Dawgz look like every other 12 year old girl in America. But, when they get on the basketball court something comes over these girls. They turn into woman warriors. They are unafraid. They are rough and tough. They have no fear and they have no mercy. It is as if the power of generations of strong mountain women, coupled with the power of a mighty river cutting its way through the hills flows into the blood of these 12 year-old girls.
It can be a frightening thing to watch, especially if you are from Lexington, Louisville, or some other town in the flatlands. The Bigg Dawgz are very physical and aggressive. They scream, grab at the ball, set screens and take charges. Most games, there are multiple Big Dawgz in foul trouble, if not completely fouled out. Often, the players from the other team are left crying, and their fans are left stunned in the bleachers. Of course, dealing with the crowd is not a concern for these girls. They are in such a zone when they play, the only thing they hear are each other's primal sounds and the orders from their coach. That is, unless the coach, a strong Appalachian woman herself, has not been thrown out of the gym for too many technicals as was the case this previous weekend, but that is a story for her blog (the fact she is an attorney has nothing to do with me not telling that story).
The lives of these Bigg Dawgz girls will be much different from the lives of the Appalachian women who came before them. They may not ever learn to cook traditional mountain food, preferring instead to eat from restaurants or, better yet, have their husbands cook for them. They may never plant or work a garden, working late as doctors, lawyers, and engineers instead. One thing that they will have, however, is a deep-rooted, generations-old spirit of never giving in and never giving up, no matter what the situation. For that, I am deeply proud.
Posted by Keith S. at 8:10:00 PM