The Strong Man Looks For Work 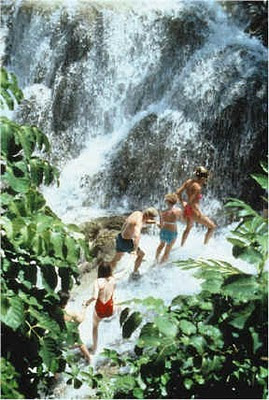 A Taste of Leslie County 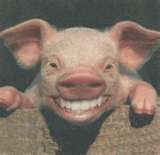 Wow! I am a lucky, lucky man! Tonight was the Taste of Leslie County, a fundraiser for the Leslie County Chapter of the American Cancer Society. The way that the event works is that anyone or any group can enter a dish, appetizer to dessert, and any and everything in between. Then people pay $10 to come and sample some of the best cooking east of the Mississippi and south of the Mason-Dixon line. A few weeks ago, the organizer of the event asked if I would be a judge.
I was thrilled! Of course I would be a judge! My parents and other family members had attended and participated in the event in prior years and had all talked about how much fun it was and all the great food that was available for sampling. All except Dad, who's famous BBQ did not win Best Meat one year. He holds a grudge, still has hurt feelings, and let's just say it, is bitter. Which could have led to the near disaster in the Stewart family home this afternoon. Here is what went down...
One of my Mom's friends stopped by my parent's house to ask what she and Dad were making for the event tonight. Apparently, Dad had agreed and signed up to participate this year, but then forgot to tell Mom, and then, in turn, forgot about it himself. I chalk it up to the Great BBQ debacle of '08 (see above, bitter I tell you), but Mom through gritted teeth attributed it to his old age and senility. Either way, Mom had about two hours to throw together a dish for 200 people to sample.
All this took place before I arrived from Lexington. As I walked into my folk's house, things looked askew. On top of Dad forgetting to tell Mom about the dish, the entire plumbing in the kitchen had decided to pick today to 'follow the light" into the great plumbing unknown. What was known was that a lot of dishes, mixing bowls, and pans were piled high on the counter, and Mom was standing at another counter stirring not one, but two, crock pots full of meatballs and talking to herself. She was trying to decide what she would call her meatballs. She ran down the list of ingredients, and I thought to myself, "How about calling them 'whatever was in my pantry that might make a sauce to throw on meatballs at the last minute'?" I, of course, knew better than to suggest that, and agreeably shook my head to her "Sweet and Sour" meatball suggestion.
Crisis averted, we made our way to the Leslie County High School cafeteria for the event. The only residual from the afternoon fiasco was that at the table for Mom's Sweet and Sour Meatballs was a sign reading Eugene Stewart, my fathers name, and no mention of my Mom. But Mom handled it like a true Southern woman: she asked someone for a marker, then marked through the word Eugene,with seemingly a lot of force, and wrote Ronnie Carol above it. Martha Stewart, watch out. Ronnie Carol Stewart can solve any crisis!
After I got there, I realized (after someone told me) that not only was I a judge, I was the ONLY judge. There was also the fact that the judge was supposed to be secret. Now, I was not aware of this fact or I would have never posted the status "I HAVE BEEN ASKED TO BE A JUDGE AT THE TASTE OF LESLIE COUNTY THIS FRIDAY NIGHT" on Facebook Wednesday of this week. How embarrassing!
I realized as the only judge to this event exactly how much food would need to be eaten. Never one to back down to a challenge, I started in on the food, working my way slowly from the appetizers, to the salads, etc. At first, I thought I should do this like the judges do on the Iron Chef or at least Throwdown with Bobby Flay. I analyzed texture and the complexity of the taste. Then I decided "to hell with it" and started pigging out. I ate. And ate. And ate. And ate some more. If I couldn't remember exactly how that chicken and dumpling dish tasted, I went back for another bite. If I narrowed down the side dishes to the scalloped potatoes and fresh green beans, I went back for more. I was a machine.
When Mrs. Sizemore, the organizer, asked for my list, I could barely speak. I mumbled out a few items, pointed at the rest. She somehow deciphered what I was saying, announced the winners, and gave out ribbons. I just sat there and thought about how I would get myself (a) out of that school cafeteria table (remember those?!) and (b) all the way out to my car.
I made it back to my parents, so all ended well. Dad didn't ask if we had fun, but none of us really could have told him. We were all too full. So, now that I am all fat and sassy from the evening, I will settle in for a long Spring nap. That burns calories, right? Think Hyden has a Bikram yoga studio?
Posted by Keith S. at 12:04:00 AM No comments:

The Gas Cap Will Get You Everytime 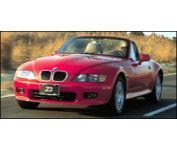 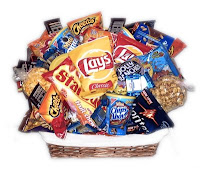 I am the world's most unhealthy health fanatic. I devour all knowledge of health, fitness, diet, and exercise. I can tell you how many carbs are in a piece of pizza and how many points a pop-tart has in it. I subscribe to Clean Living magazine. Heck, I am even a vegetarian (most of the time; pay no attention to the KFC box in my garbage can, I was weak and broke over, don't judge). I know the latest workout fads, and have even tried a few of them. I have had a couple wonderful personal trainers over the years, both in Florida and in Kentucky. I try to only eat organic food, and am even considering the vegan lifestyle. Yet, here I sit WELL over my medically-recommended weight controlling my blood pressure and cholesterol with pills. WTF?!
I know how to do every weight machine in the gym (yes, I belong), have a treadmill in my house that will allow you to air dry 20 shirts if they are all hanging on hangers, and own a Wii-fit, aka the 2-faced devil. The Wii-fit says it is your friend and is going to help you become the person you want to be, then after choosing a cute little avatar that you think resembles yourself, you step on the scales and the thing grows until it is portly and monstrously round. It may as well have a pig nose on it! As soon as that happened, I knew my relationship with the Wii-fit was doomed. I have no desire to see my little fat avatar-self on my TV screen. But, I digress. My real point here is that I am obsessed with healthy living, but also obsessed with being lazy and eating junk food. I will no doubt talk A LOT in the coming weeks about my experiences working out, buying and eating organic food, watching Jamie Oliver's Food Revolution (awesome show), etc. Just know that I do try these things, and maybe some day my thoughts and actions will take hold and result in me becoming healthy. Until then, if you need to know anything at all about the above subjects, I am your man, I just don't look the part!
Posted by Keith S. at 11:35:00 PM No comments:

Ok, here goes nothing...As a lot of my friends and family know, I have been talking about starting this blog for a long time. I have even been encouraged by a few to do it. But actually sitting down and deciding to write something is a little daunting! So on this, the first of what I hope are many posts, I would like to talk a little about what I want this blog to be. I want it to reflect my thoughts and feelings and experiences as I muddle through this great big world. If you know me at all, you know that I have many stories and a lot of, lets just say "incidents," of bad luck. By retelling some of these on here, maybe I will brighten your day or give you a chuckle. I also want the blog to be a forum for all of us to help each other with information, advice, or just observations. Keep in mind that I am completely new to this, so my page and layout will hopefully get better as time goes on! With all that being said, I want to explain the name of my blog. One day after shopping at Wal-Mart, I was pushing my buggy full of great deals to my car in the parking lot. I pushed the buggy cart into a pot hole and somehow the force of the impact actually flipped my cart completely over. All my great deals were lying on the pavement trapped under the cart, with the exception of the eggs and milk, which were escaping by way of oozing out. Embarrassed, I scrambled to right-side the cart (and reattach its wheel) and then pick all of my items up and try to get them into my car. After I did this, I did what any grown man would do, I called my mother. Her only comment was, "Keith, it takes a strong man to live your life." This particular phrase from Mom sort of stuck. Over the years, my friends picked up the quote and often repeat it to me. When it came time to name my blog, it was natural I would use Strong Man in the title! The cup of tea part just makes me sound fancy and sophisticated (something I like to pretend to be). That being said, welcome to my world! Let's have fun!
Posted by Keith S. at 11:05:00 PM 4 comments: